3 Acquisitions in 2022 With Major Upside

Although the majority of headlines throughout 2022 have been negative, there have been many positive ones as well, such as acquisition news.

Companies perform acquisitions for understandable reasons - bigger is better, as small companies don’t have the cost-saving advantages that larger companies possess. In addition, they get their hands on extra talent that allows them to spur future innovation and growth.

Below is a year-to-date chart of the share performance of all three companies with the S&P 500 blended in as a benchmark.

Let’s dive deeper into each acquisition to see what value they bring.

VMware is a leading provider of multi-cloud services for all apps and pioneered virtualization technology, an innovation that positively transformed x86 server-based computing.

The combined company will provide enterprise customers with an expanded platform of critical infrastructure solutions to accelerate innovation and address the most complex information technology infrastructure needs.

Further, the deal accelerates software scale and growth opportunities for Broadcom, with pro forma revenue of more than $40 billion, including 49% software revenue.

Broadcom already carries stellar growth prospects – earnings are forecasted to soar 33% in FY22 and a further 8% in FY23. 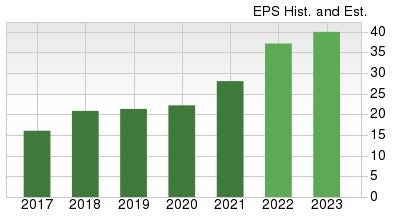 The company’s top line is also in exceptional health – annual revenue is forecasted to climb to $33.2 billion in FY22, penciling in a sizable 21% Y/Y uptick. And in FY23, the top line looks to rise an additional 5.6%. 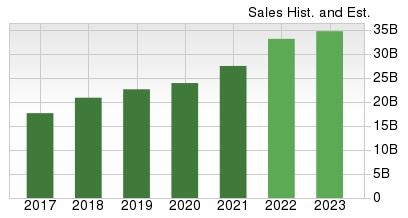 Earlier this year, in January, Microsoft (MSFT - Free Report) made a significant splash, acquiring Activision Blizzard (ATVI - Free Report) for a whopping $68.7 billion. It was a massive deal that caught extensive attention – it ranks as the largest acquisition in the video game industry’s history.

The acquisition was for a clear reason – Microsoft wants to heavily bolster its stance in the gaming industry, and that’s precisely what acquiring ATVI will do.

Activision Blizzard is a leader in video game development and an interactive entertainment content publisher, most well-known for Call of Duty.

Microsoft’s Xbox Game Pass, a gaming service that allows gamers unlimited access to a library of games for a monthly flat rate, exceeded 25 million players back in January. Pairing this service with ATVI’s 400 million monthly active players will provide a source of sticky, recurring revenue.

Consistent, reliable growth is the name of the game for Microsoft – earnings are forecasted to soar 10% in FY23 and an additional double-digit 16% in FY24. 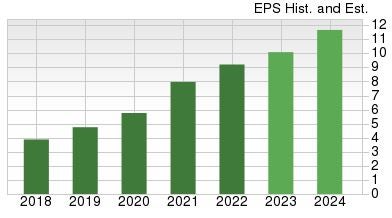 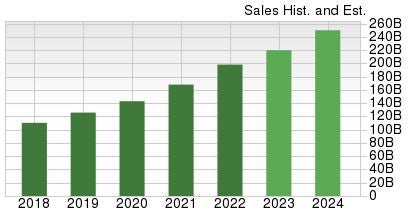 In March of this year, HP (HPQ - Free Report) announced a definitive agreement to acquire Poly in an all-cash transaction for $40 per share, implying a total EV (enterprise value) of $3.3 billion.

Poly is a leading global provider of workplace collaboration solutions.

The company has a strong growth profile for its current fiscal year, with earnings forecasted to climb nearly 9%. In FY23, however, bottom line projections allude to a 6.4% Y/Y decrease. 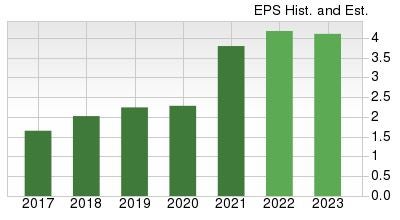 The story remains the same with HP’s top line – revenue is forecasted to climb a marginal 0.4% in FY22 but decline by 3% in FY23. 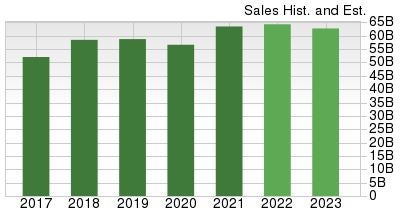 While the market has been seemingly overtaken by negative news, investors have had little reason to remain optimistic.

All three companies aim to spur innovation and growth, undoubtedly a major positive for all shareholders.