AT&T vs. Verizon: Which One Looks Like a Better Buy?

When thinking of dividend payers, many stocks come to mind. However, two that unquestionably come to the front of many minds are AT&T (T - Free Report) and Verizon Communications (VZ - Free Report) .

Both stocks reside in the Zacks Wireless National Industry, which is currently ranked in the top 36% of all Zacks Industries.

Studies have shown that 50% of a stock's price movement can be attributed to the group it’s in, making it crucial to ensure that investors target stocks in a thriving industry.

In fact, the top 50% of Zacks Ranked Industries outperform the bottom 50% by a factor of more than two to one.

With both being titans residing in the same industry that’s highly ranked, it raises a valid question – which company looks like a better investment for income-focused investors?

To better understand which stock investors have defended at a higher level, we can look at each company’s share performance across several timeframes.

Year-to-date, VZ shares are down more than 20%, widely underperforming AT&T’s decline of 11%. 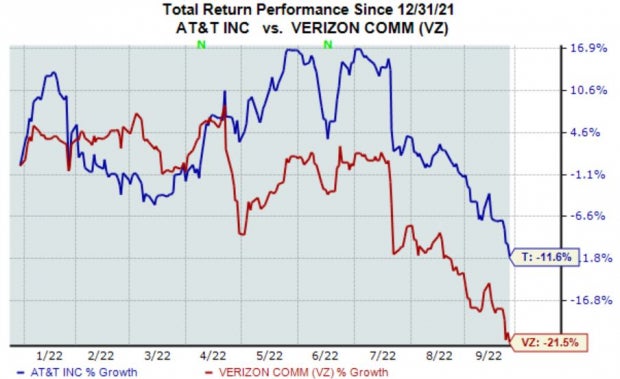 And over the last year, the story has remained the same – Verizon Communications’ decline of nearly 25% widely lags AT&T’s 18.3% decline. 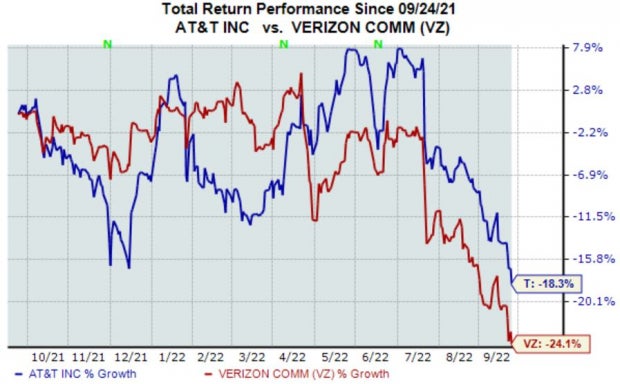 Now, we can look at each company’s quarterly performance to see how business has fared.

However, VZ has a slightly stronger earnings track record, with eight EPS and revenue beats over its last ten quarters.

While T shares have been more powerful, VZ has a slightly stronger earnings track record.

Both companies’ shares trade at rock-solid valuation levels, with their forward earnings multiples nowhere near their five-year medians. Further, each company carries a Style Score of an A for Value.

While T shares are cheaper, it’s worth noting that both companies’ shares are trading at relatively low multiples.

Perhaps the biggest perk of AT&T and Verizon shares is their hefty annual dividend yields, as seen in the chart below.

Of course, growth projections are a major deciding factor in selecting stocks.

For Verizon’s current fiscal year, earnings are expected to decline by 3.7%. However, the earnings picture kicks back into green in FY23, with the bottom line forecasted to tack on 2.4%. 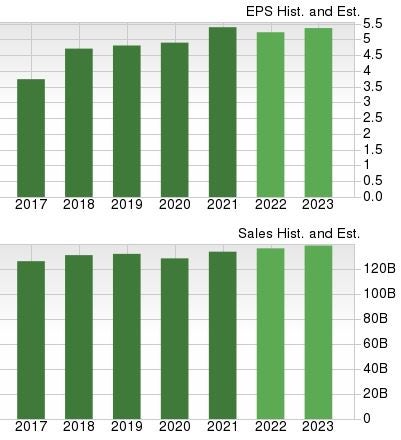 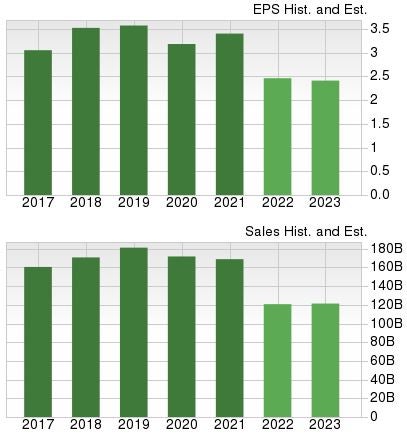 While it’s undoubtedly hard to choose between these two wireless titans, both have advantages and disadvantages.

AT&T (T - Free Report) shares have performed at a much higher level and are currently cheaper.

Still, both companies have displayed remarkable relative strength in 2022 and pay investors handsomely, undoubtedly perks that all market participants seek.