Insider buys are often closely followed by investors. After all, it’s easy to see why these transactions are such a big deal, as it’s always a confidence booster when a high-profile name invests further.

Still, it raises a valid question – who is defined as an insider?

An insider is defined by section 16 of the Security Exchange Act as an officer, director, 10% stockholder, or anyone who possesses information because of their relationship with the company.

As expected, many strict rules apply to insiders.

Insiders can’t trade based on material nonpublic information, they must pre-clear all trades, and all transactions of the company’s stock must occur during the Window Period; the Window Period opens on the second trading day following the company’s quarterly or annual earnings release and closes 20 days later.

Further, insiders are prohibited from selling short and trading, writing, or purchasing “put” or “call” options on the company’s stock whether or not such options are traded on an exchange.

Finally, insiders must disclose purchases, sales, and holdings of their company's securities by filing SEC Forms 3, 4, and 5.

Below is a chart illustrating the year-to-date performance of all three companies with the S&P 500 blended in as a benchmark. 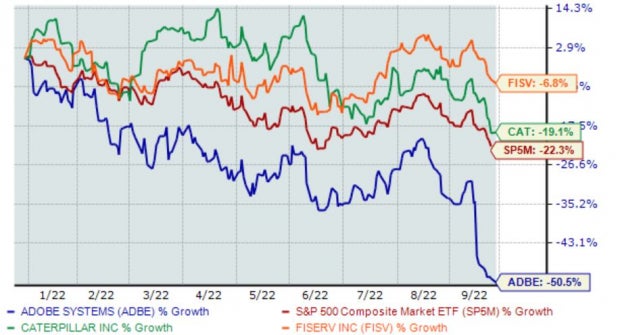 Let’s dive deeper into each company and see what value the insiders saw.

Fiserv is a global fintech and payments company with solutions for banking, global commerce, merchant acquiring, billing and payments, and point-of-sale.

An insider, ValueAct Holdings L.P., embarked on a massive buying binge in May and June of this year, buying nearly 1.6 million Fiserv shares.

Fiserv has a notably strong growth profile – earnings are forecasted to climb by 16% in FY22 and an additional 13% in FY23.

Top-line growth is also commendable; revenue is projected to climb 9% and 7% in FY22 and FY23, respectively. 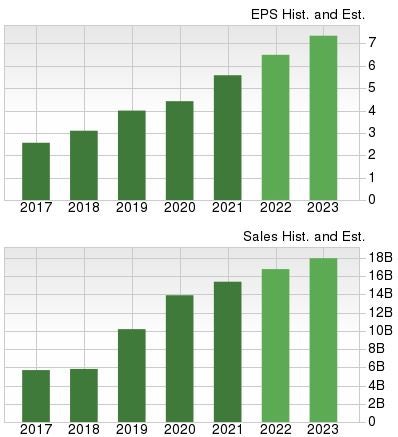 Additionally, FISV shares could be undervalued, further bolstered by its Style Score of a B for Value.

The company’s 15.1X forward earnings multiple is nowhere near its 23.1X five-year median and represents a steep 41% discount relative to its Zacks Business Services Sector.

David MacLennan, a director of CAT, has bought company shares twice so far this year – in February and May. He purchased a total of 1000 shares.

A significant perk of investing in CAT is the company’s commendable commitment to shareholders; Caterpillar is part of the elite Dividend Aristocrat group.

In addition, CAT’s valuation levels appear to be solid; the company’s 12.9X forward earnings multiple is nicely beneath its five-year median of 16.6X and represents an enticing 11% discount relative to its Zacks Sector.

Caterpillar carries a Style Score of a B for Value.

Adobe is one of the biggest software companies in the world, generating the bulk of its revenue via licensing fees from its customers.

In January, a company Director purchased approximately 1,000 Adobe shares at a price of roughly $515 per share.

It’s no secret that ADBE shares have been hit hard in 2022, down more than 40%. Still, the company carries a favorable growth profile, with earnings forecasted to climb 9% and 15% in FY22 and FY23, respectively.

Revenue projections are also inspiring – ADBE is forecasted to rake in a mighty $17.6 billion in FY22, penciling in a double-digit 11.5% Y/Y uptick. And in FY23, the company’s top line is currently projected to expand a further 12.5%. 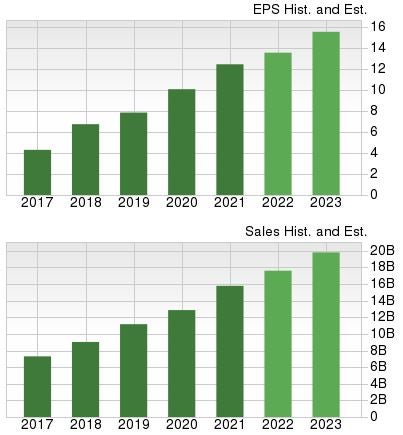 Still, the value is nearly half its 45.3X five-year median and is among the lowest it’s been over this timeframe, indicating that long-term investors could start becoming interested.

Investors closely follow insider transactions, and for understandable reasons. After all, if an insider is buying, it could only mean one thing – they anticipate the stock price to increase.

Of course, many rules apply to insiders.

Most importantly, they have a longer-term holding horizon than most, a critical aspect that market participants should be aware of.

What Should Investors Do with KB Home as the Stock Slides After Earnings?