The Zacks Computer & Technology sector has tumbled in 2022 amid the Federal Reserve’s pivot to a hawkish nature, down more than 30% and widely lagging behind the S&P 500. 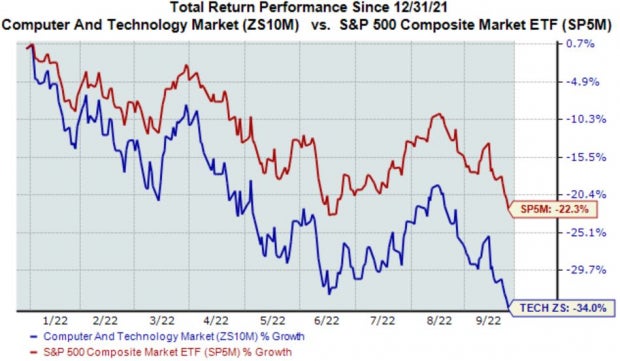 A widely-recognized company in the sector, Micron Technology (MU - Free Report) , is on deck to unveil Q4 earnings on September 29th after the market close.

Currently, the company carries a Zacks Rank #5 (Strong Sell) paired with an overall VGM Score of a B.

How does everything stack up heading into the print? Let’s take a closer look.

Year-to-date, it’s been a harsh road for Micron shares, down nearly 50% and coming nowhere near the S&P 500’s performance. 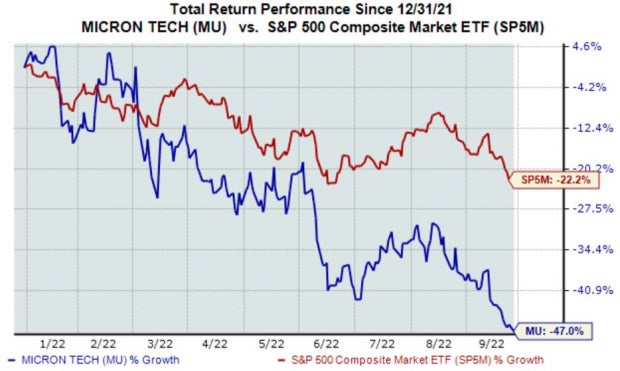 Over the last month, the adverse price action has continued, with MU shares down roughly 14% and lagging the general market in this timeframe also. 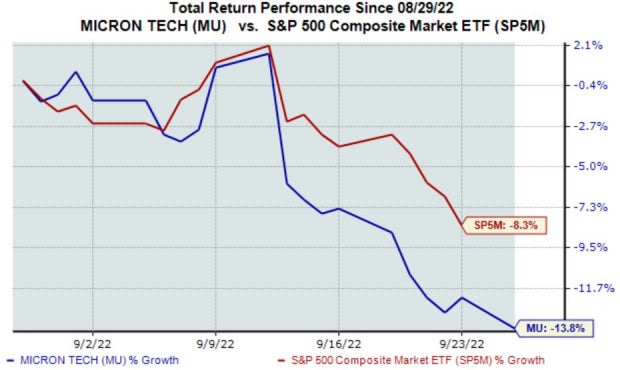 The adverse price action of MU shares indicates that sellers have had control all year, which we’ve seen with many stocks in 2022.

Still, MU carries a Style Score of a B, indicating that shares could be undervalued. The company’s 12.5X forward earnings multiple reflects a steep 40% discount relative to its Zacks Computer and Technology Sector.

Analysts have been overwhelmingly bearish in their earnings outlook over the last several months, with six negative earnings estimate revisions hitting the tape. The Zacks Consensus EPS Estimate of $1.42 pencils in a 41% drop-off in quarterly earnings Y/Y.

Revenue results have also been inspiring; MU has penciled in nine top-line beats over its last ten quarters. Below is a chart illustrating the company’s revenue on a quarterly basis.

MU shares have struggled across several timeframes, with sellers spoiling the fun all year.

Analysts have been bearish in their earnings outlook, and estimates reflect a sizable downtick in revenue and earnings.

Still, the company has consistently exceeded quarterly estimates, but the market has had unfavorable reactions following its last two releases.