The Zacks Finance sector has shown slightly more resiliency than the general market in 2022, down roughly 19% vs. the S&P 500’s decline of 22%. 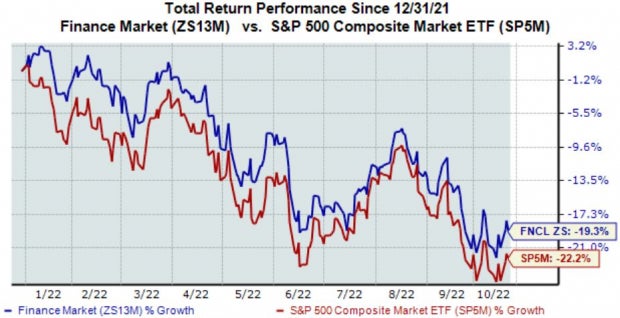 A notable name residing in the sector, Huntington Bancshares Inc. (HBAN - Free Report) , is on deck to unveil Q3 earnings on October 21st before market open.

Currently, the financial giant carries a Zacks Rank #3 (Hold) paired with an overall VGM Score of a B.

How does everything stack up heading into the print? Let’s find out. 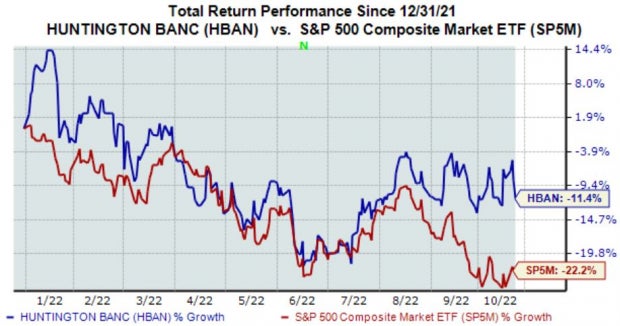 HBAN shares have continued on their market-beating trajectory over the last three months, up a marginal 0.1%. 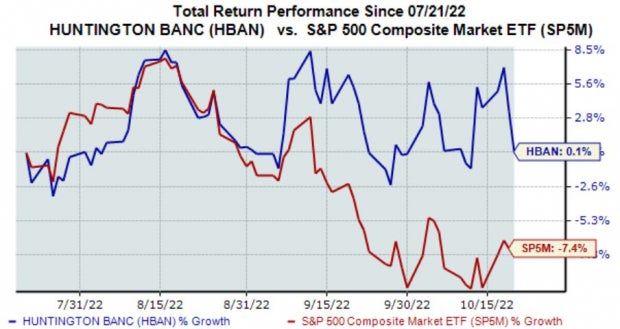 Buyers have continued to defend shares, which is undoubtedly worth highlighting. As we’re all aware, the same can’t be said for the majority of stocks.

Shares trade at a 9.4X forward earnings multiple, notably lower than its 11.1X five-year median and reflecting a 31% discount relative to its Zacks Finance sector.

Further, HBAN sports a Style Score of a B for Value.

Over the last several months, four analysts have lowered their earnings outlook for the quarter, with the Consensus Estimate Trend pulling back modestly. Still, the Zacks Consensus EPS Estimate of $0.38 suggests Y/Y earnings growth of a solid 8.6%.

Revenue estimates are also inspiring; the Zacks Consensus Sales Estimate of $1.8 billion indicates revenue growth of 8.2% from the year-ago quarter.

HBAN has primarily reported EPS above expectations, penciling in six bottom-line beats across its last ten quarters. Just in its latest print, the financial giant registered a 5.9% EPS beat.

Revenue results have also been primarily strong; HBAN has exceeded the Zacks Consensus Sales Estimate in seven of its last ten quarters. Below is a chart illustrating the company’s revenue on a quarterly basis.

HBAN shares have displayed a decent level of relative strength in 2022, outperforming the general market across several timeframes.

Analysts have lowered their earnings outlook over the last several months, but estimates still indicate solid growth in both revenue and earnings Y/Y.

HBAN has consistently exceeded quarterly estimates, but the market hasn’t reacted well following the release of the majority of its last four prints.