The Complete Guide To Everything Owned By Amazon

Amazon.com Inc. (AMZN - Free Report) is one of the biggest e-commerce companies in the world. Known for its vast array of things to buy, from books and electronics to food and clothing, Amazon has changed the way people think of shopping, in particular online shopping, since its founding in 1994.

Just last week, Amazon announced that it was acquiring Whole Foods Market WFM, one of the country’s premiere organic grocery chains, in an effort to expand its brick-and-mortar offerings (also read: Amazon Scoops Up Whole Foods in $13.7 Billion Deal). 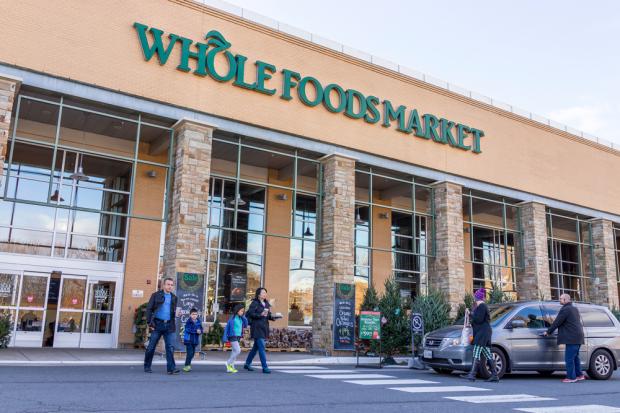 The company has grown enormously since its beginnings as an online bookstore, creating many different business segments and amassing a large collection of assets. Besides its home website, what else does Amazon own and operate? Here’s a breakdown of everything the Internet retailer has a presence in.

Under the Amazon brand umbrella, there are several business segments.

Launched in 2005, Prime is Amazon’s most popular consumer service. Prime basically functions as a VIP membership program; for a yearly fee of $99, Prime members get access to special deals, free two-day shipping, and many of Amazon’s other services. In January, it was reportedthat Prime now reaches nearly half of U.S. households.

Amazon Video is the company’s online video streaming service. Available to all Prime members, Amazon Video offers an on-demand library of thousands of movies and TV shows, including original productions. Just a few days ago, the company announced that it will begin offering separate Prime Video subscriptions, allowing non-Prime users access to Video for just $8.99 per month.

Amazon Cloud Drive is a cloud-based storage application. For $11.99 per year, users get up to five gigabytes of cloud storage, while unlimited storage goes for $59.99 per year. Cloud Player is an accompanying music streaming application that allows users unlimited streaming from their cloud.

Web Services is a collection of enterprise-level computing platforms designed for other web sites or client-side applications. The general idea is that by subscribing to AWS, companies can build their computing capacity much easier, quicker, and cheaper than developing their own physical servers. AWS has exploded over the past year or so, with revenues growing nearly 70% from 2014 to 2015. While margins on the e-commerce side remain thin, Amazon has finally been able to generate profits thanks to AWS.

Amazon Fresh is a same-day home grocery delivery system available in select cities. Prime Pantry is a similar service, offered everywhere in the continental United States, which allows for the delivery of non-perishable groceries for a flat fee.

Dash is a relatively new service that offers Prime customers the ability to instantly re-order household goods via the click of a physical button which corresponds to that product and can be placed throughout the home.

Kindle is the product that really put Amazon on the consumer electronics map. The Kindle brand is a line of portable e-book readers. Amazon also offers a Kindle-based library of e-books available for purchase and download.

The Amazon Echo is at the forefront of the home automation movement. Sometimes referred to as a “smart speaker,” Echo devices utilize Amazon’s Alexa software. Echo speakers can play music, set alarms, and link to compatible devices like light dimmers and smart thermostats.

Fire TV is a video streaming device that is compatible with Amazon Video and other applications. It’s one of a number of options for “cord-cutters” and can be plugged in to a TV, allowing for direct streaming.

In addition to these business ventures, Amazon has acquired quite the collection of smaller companies over the years. Let’s take a look at some of the conglomerate’s biggest subsidiaries:

Audible Inc. is one of Amazon's most well-known subsidiaries, and is the largest producer and retailer of audio books in the United States, Amazon acquired Audible in 2008 for $300 million. In addition to selling audio books, Audible provides its users with audio versions of newspapers, magazines, and radio programs.

CreateSpace operates in the content publishing and distribution industry, offering a self-publishing platform that allows independent filmmakers, musicians, and authors to publish their work and distribute it on demand. The company is a result of two acquisitions Amazon made in 2005—CustomFlix and BookSurge—which later merged in 2009 to form what is now CreateSpace.

Goodreads is an example of what is called a “social cataloging” tool. Users can freely search through the site’s massive database of books, annotations, and reviews.

Woot is an online retailer. The main theme of the site is that it offers one discounted product per day.

Also known as the “Internet Movie Database,” IMDb is an extensive film catalog that publicly displays casting, production, and other facts for basically every movie imaginable.

Zappos.com is an online shoe and clothing retailer. The site launched in 1999 and was purchased by Amazon in 2009 for a massive $1.2 billion price tag. Zappos is one of the largest online shoe stores in the word.

Realistically, the list of Amazon subsidiaries would go on like a scroll from the Library of Alexandria. Other notable Amazon-owned brands include Alexa.com, DPReview, Box Office Mojo, AbeBooks, Double Helix Games, Brilliance Audio, Shelfari, and Beijing Century Joyo Courier Services.

While we share many recommendations and ideas with the public, certain moves are hidden from everyone but chosen members of our portfolio services. Would you like to peek behind the curtain today and view them?

Starting today, and for the next month, you can follow all Zacks’ private buys and sells in real time. Our experts cover all kinds of trades: value, momentum, ETFs, stocks under $10, stocks that corporate insiders are buying up, and companies that are about to report positive earnings surprises. You can even look inside portfolios so exclusive that they are normally closed to new investors. Click here for Zacks’ secret trades>>

eBay to Price Match Amazon, Walmart on Over 50,000 Items