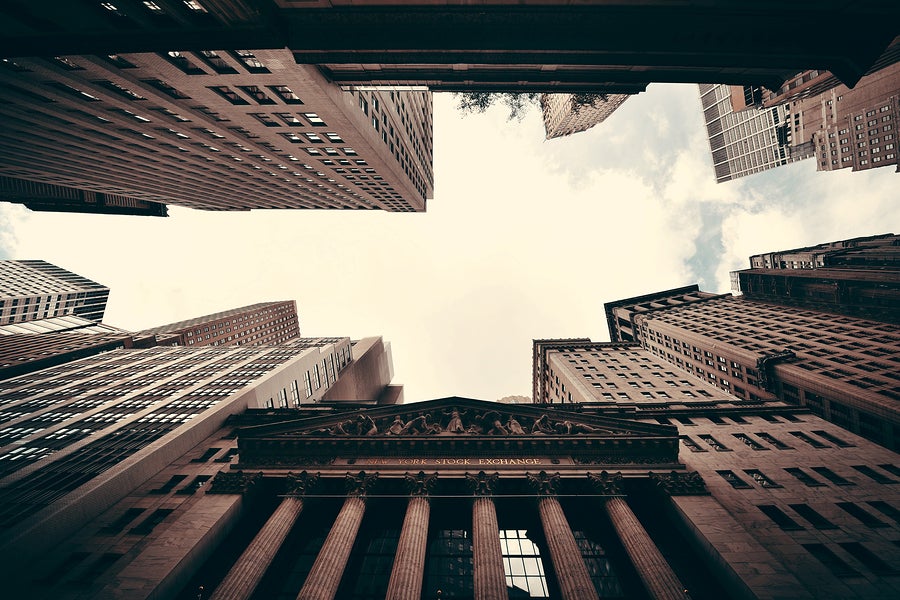 Trump Trade may subside on political uncertainty and overvaluation concerns may be rife in the U.S. stock market, but these did not perturb the Dow Jones Industrial Average index. The index crossed the 22,000 mark on August 2, gaining 2.5% in the last one month.

The gauge moved past 20,000 in late January, topped the 21,000-mark about a month later. And now the breaching of the 22,000-hurdle has marked the third round-number landmark for the Dow this year, as per Bloomberg.

The index is now on its way toward an eighth successive quarter of advancement, marking the longest winning streak since 1997. While Trump trade was the wind under the Dow wings in the beginning of the year, the latest rally has come on the back of strong earnings. Let’s delve a little deeper:

Dow components like Boeing, Visa, McDonald's, Apple, UnitedHealth and Microsoft drove the index on their stellar earnings. The performance has been quite impressive for Aerospace and Defense companies, with the major players beating market estimates. Though industrial earnings were not that sound, gains in other holdings benefited the index (read: Tech ETFs to Buy as Microsoft Beats Big on Earnings).

Bloomberg noted that “the index’s old-fashioned methodology that apportions greater weight to higher-priced stocks” is behind the recent surge. UnitedHealth Group Inc., Caterpillar Inc., and Chevron Corp. are among the top five holdings, contributing about 135 points.

Overall, blue chip stocks are performing exceptionally of late as revenue growth is surpassing analyst expectations at almost the decade-best rate. Also, large-cap stocks perform better in a weaker dollar environment – like what we are witnessing now – since the former has substantial foreign exposure.

Now, since Dow Jones is a price-weighted index, bullishness over this high-priced large-cap cohort has made the case for Dow investing more appealing (read: Why You Should Bet on Blue Chip ETFs Now).

Upswing in the Manufacturing Sector

Notably, the IHS Markit US Manufacturing PMI increased to 53.3 in July 2017 from a preliminary of 53.2 and 52 in June. This marked the highest reading in four months as growth in output and new orders improved and inflation remained subdued.

Furthermore, it has been noticed lately that Dow Jones shares a deep relationship with oil price movement. Though the energy sector rally spreads optimism over the broader market as a whole, in most cases, on a particular day of oil surge, the spurt in the Dow Jones is steeper than that of the S&P 500, or vice versa.

Oil prices made a comeback in late July. The U.S. benchmark crossed the $50-a-barrel mark. The commodity saw the highest monthly gain in July. WTI fund United States Oil USO added about 6.9% while United States Brent Oil BNO advanced about 6.3% in the month. So, the Dow Jones index did have a reason to cheer last month (read: Top ETF Stories of July 2017).

How Long Will the Dow Rally Last?

If there are no positive developments related to Trump’s pro-growth policies in the coming days or in the oil patch, the rally is likely to stall. In any case, the U.S. market is guilty of overvaluation. As per an article published on MarketWatch, “pundits [are] talking about the lack of 5% falls in the market—an occurrence that isn’t unusual in a normal market environment.”

The Dow hasn’t seen a 5% slide since 2011, and prior to that a 5% decline was witnessed in 2008. So, chances of pullback in an already inflated market are always there. As per billionaire investor Howard Marks, “the Shiller Cyclically Adjusted PE Ratio, known as the Shiller CAPE, is at its highest level since only two other times in the market’s history: 1929 and 2000.”

The relative strength index of DIA is 76.33 now, indicating the fund is about to enter the overbought territory and can see a sell-off ahead. Even if the sell-off is not acute, the index and the fund are likely to remain range-bound in the near term.