This filing comes as a mandate of the company’s Energy Strong program worth $1.2 billion that got approved by the New Jersey BPU in 2014.

Once approved, the combined residential electric and natural gas customers' annual bill will witness a nominal rise of 1%. The company has assured customers that even after this proposed increase, residential customer bills are expected to be more than 15% lower than they were in 2010.

Per management, this rate hike will enable Public Service Enterprise to recover costs that the company incurred to strengthen its electric and gas distribution systems, thereby making them more reliable. Moreover, this proposal reflects the company’s first regulatory rate review in more than eight years.

Through this rate filing, Public Service Enterprise has also sought BPU approval for a rate design change, called the Green Enabling Mechanism (GEM). This new rate structure aims at separating the company’s revenues from sales volumes and thereby encourages energy efficiency.  If approved, the GEM will remove the incentive to sell more energy and will instead encourage utility investments in energy efficiency, renewables and other clean energy technologies that will benefit customers by bringing down bills and reducing carbon emissions.

The company expects the new base rates as well as the GEM to come into effect from Oct 1, 2018.

In May 2014, Public Service Enterprise announced that the New Jersey BPU approved its Energy Strong proposal to proactively protect and strengthen its electric and gas systems to withstand severe weather conditions. Per this proposal, the company aimed at significantly upgrading its infrastructure, which included adding intelligence to its system to help speed restoration during outages.

Under the agreement, it was announced that PSE&G will earn an authorized return on equity of 9.75% on the first $1 billion of investment based on an accelerated recovery mechanism.  The impact of the $1-billion investment on the typical residential customer bill is expected to be approximately 2% in 2018 which will be more than offset by transitional charges stemming from deregulation that are expiring in the same time frame.

For the remaining $220 million, the company aimed at filling a base rate case after Nov 1, 2017. We believe the latest rate review proposal has been filed by the company to recover this $220 million of the Energy Strong program.

Notably, in March 2017, Public Service Enterprise announced plans to spend $12.3 billion for PSE&G’s baseline infrastructure program, which in turn reflects 7% CAGR growth in rate base. The latest rate reform request, if approved, will allow the company to achieve this target.

Moreover, Public Service Enterprise continues to undertake several initiatives to support New Jersey Senate’s bill that requires utilities in the state to source 80% of their electricity from renewable energy by 2050. We believe to further comply with this bill, the company has included the GEM clause in the latest rate filing.

Notably, in the clean energy space, the company is currently pursuing two solar initiatives, namely, the Solar Loan Program and the Solar 4 All and Solar 4 All Extension programs. In November 2016, the BPU approved a settlement providing for an extension of PSE&G’s existing solar program to construct up to 33 MW of grid-connected facilities with projected investment of approximately $80 million through May 2020.

Also, the projected addition of 1,858 megawatts of new gas-fired capacity over 2017 through 2019 will help the company transform itself. Banking on these recently adopted initiatives, management expects nuclear and gas-fired generation facilities to provide more than 90% of the company’s electric output, by the end of this decade.

Buoyed by the solid investment plans, the company's shares have outperformed the broader industry over a year. Evidently, Public Service Enterprise’s share price has rallied 13.7% compared with its industry’s gain of 2.2%. 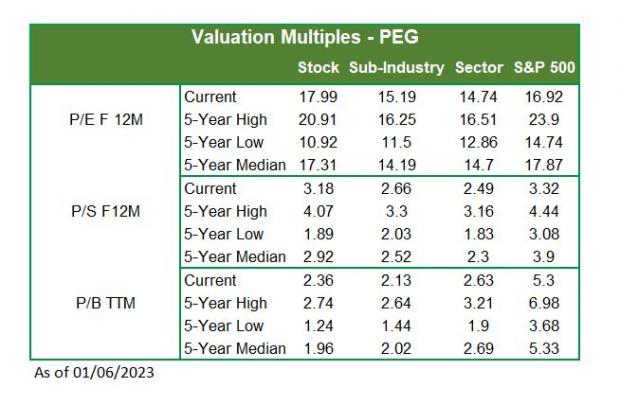 DTE Energy posted positive average earnings surprise of 3.81% in the trailing four quarters. The company has a long-term earnings growth rate of 6%.

WEC Energy Group delivered positive average earnings surprise of 3.08% in the last four quarters. The company has a long-term earnings growth rate of 5.4%.