Also, the bottom line decreased 63% from the year-ago quarter and 84% sequentially. However, revenues of $321 million surpassed the Zacks Consensus Estimate of $311 million.

Following the earnings release, the share price was up 4.1%.

However, the stock has underperformed the industry it belongs to in a year's time. The company has lost 9.7% against the industry’s rally of 60.9%.

TripAdvisor’s quarterly revenues reflect a decrease of 26.9% sequentially but an increase of 1.6% year over year.

TripAdvisor reports revenues under two segments: Hotel and Other.

Revenues of $244 million from the Hotel segment decreased 3% from the year-ago quarter but made up 76% of the total revenues. This segment comprise click, display, subscription and transaction-based revenues from hotels, air and cruise including that from the company’s largest subsidiary, SmarterTravel as well as from operations in China.

Revenues of $77 million from the Non-Hotel segment increased 20% year over year and contributed to the remaining 24% of the total revenues. This segment includes revenues from attractions, restaurants and vacation rental businesses.

On a GAAP basis, TripAdvisor’s net loss was $84 million or 60 cents per share against net profit of $1 million or earnings of 1 cent per share.

TripAdvisor exited the quarter with cash, cash equivalents and short-term investments of roughly $708 million, down from $763 million in the prior quarter. Accounts receivables were $230 million, decreasing from $254 million last quarter. 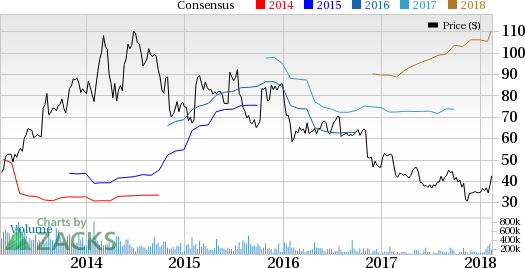 TripAdvisor has a Zacks Rank #4 (Sell).

Long-term earnings per share growth rate for PetMed, Teradyne and Mercadolibre is projected to be 10%, 12% and 25%, respectively.