What Boeing-Saudi Latest Tie-Up Means for US Defense Majors

The Boeing Company (BA - Free Report) on Mar 30, 2018 announced that it has signed a Memorandum of Agreement (MoA) with Saudi Arabian Military Industries (“SAMI”) to form a new Joint Venture ("JV") worth $450 million. The JV will help to localize more than 55% of the maintenance, repair and overhaul (“MRO”) services for fixed and rotary-wing military jets in Saudi Arabia.

Interestingly, this tie-up got finalized a week after President Trump praised Saudi Arabia for being a ‘big purchaser’ of American weaponries, during Saudi crown prince Mohammad Bin Salman’s visit to the White House. The latest JV further strengthens the relationship between the oil-rich Saudi Arabia and largest weapon exporter America.

Over the years, Boeing has developed a genial relationship with the Kingdom of Saudi Arabia ("KSA"). The former U.S. President Roosevelt’s gifting of a DC-3 Dakota jet to the Saudi king in 1945 enabled the aircraft major to initiate commercial business in the nation. The company’s defense unit started doing business with the nation following Royal Saudi Air Force’s (“RSAF”) purchase of F-15C/D fleet in 1978. Notably, this remains the mainstay of KSA’s air defense till date.

Since then, Boeing has been winning a number of contracts from the KSA for advanced military weaponries. Of the latest notable deals, in August 2017, the company won a $223-million contract for supplying eight CH-47F new helicopters to support the Royal Saudi Land Forces Aviation Command ("RSLFAC"). It goes without saying that the latest JV will allow the company to expand its footprint in KSA, which has bountiful prospects.

Also, through the latest JV the Saudis aim to progress with their Vision 2030 program — a project aimed at auguring KSA’s long-term economic growth. The latest MoA is expected to improve KSA’s local research, design, engineering, manufacturing and MRO abilities, with help from Boeing. The JV will also help to enhance maintenance capabilities and lower the support cost of the Saudi military fleet as well as prepare them to be ready for action at short notice. This, in turn, is likely to help enhance the performance of the Saudi army.

Additionally, the agreement is expected to help create 6,000 jobs and training opportunities for the Saudi youth, support local content and improve Saudization levels in the industry. Boeing has also agreed to provide the technological know-how required to install weaponry on the aircraft included in the JV as well as localize the supply chain for spare parts. We believe, with Vision 2030 in view this JV will help the company to earn more profits from this oil-rich nation.

In response to Trump’s plaudits last month, Salman committed to invest $400 billion in the United States over the long run. Last year, the two nations signed an arms deal with a potential value of $350 billion over 10 years. With Saudi Arabia being America's one of the most important partners in the Middle East, these investment strategies show the huge growth prospects that the U.S defense primes enjoy in KSA.

In fact, the White House informed the Congress on Mar 22 that it plans to approve a $1-billion arms sale deal to Saudi Arabia, a package that includes vending about 6,700 U.S.-built TOW anti-tank missiles, along with providing support, maintenance and spare parts for American tanks, helicopters and other equipment already in Saudi Arabia's arsenal.  We believe the latest JV to be a by-product of that plan.

Now that Boeing has signed the MoA with the kingdom, in light of the recent investment strategies we expect other defense majors, who already enjoy a good business rapport with KSA, to follow suit. While a few of them are already getting contracts from the Kingdom, a few other are expected to win such deals soon, as part of the$1-billion plan.

While Boeing will certainly remain on a growth trajectory now owing to the recent MoA it has signed with SAMI, let us turn our focus toward other defense stocks that have the potential to gain substantially from the recent investment strategies adopted by the Saudi prince. These defense primes not only have a solid growth prospect but are also market outperformers. Moreover, since these stocks also boast a favorable Zacks Rank, they are worth keeping in your watch list. 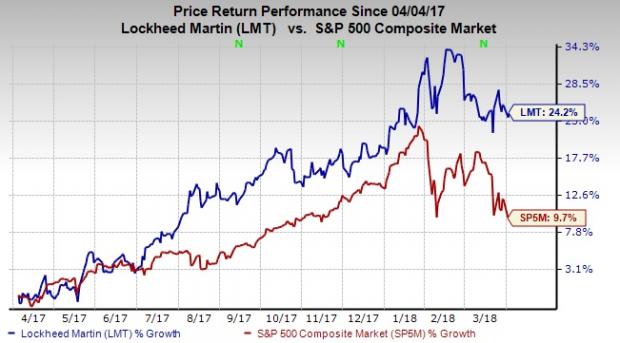 Raytheon Company is a defense major with a diversified line of military products, including missiles, radars, sensors, surveillance and reconnaissance equipment, communication and information systems, naval systems, air traffic control systems, and technical services. With the latest $1-billion arms deal proposal, involving the sale of TOW anti-tank missiles made by Raytheon, the company will be a significant beneficiary. 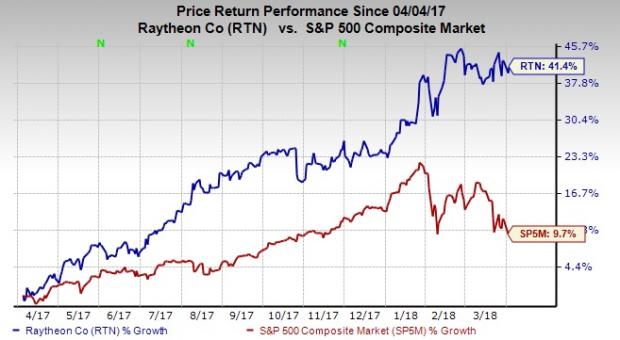 General Dynamics Corp. (GD - Free Report) engages in mission-critical information systems and technologies; land and expeditionary combat vehicles, armaments and munitions; shipbuilding and marine systems; and business aviation. Thanks to the $1-billion deal’s proposal, the State Department announced that it is planning to approve the possible sale of Abrams tanks and armored vehicles worth $300 million to Saudi Arabia. With General Dynamics being the primary contractor for these tanks, this plan’s approval will surely boost its profit margin. 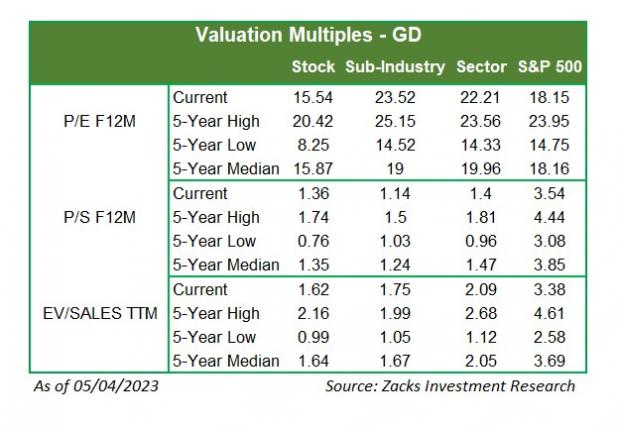 Airline Stocks Offer a Ray of Hope After Monday's Slump