Eni to Focus on Offshore Natural Gas Resources in Algeria

Eni S.p.A. (E - Free Report) announced its intention to explore offshore gas reserves in Algeria. The company is likely to allocate billions for expanding operations in the country over the coming three years.

For this, Eni will increase the scope of its business with Sonatrach, which focuses on exploring oil and gas resources in Algeria and is owned by the government. Eni projects resources, located off the coast of Algeria, to be more profitable and believes that the country has significant reserves of natural gas.

In Algeria, Eni spent roughly $600 million in 2017. The amount of the company’s imported natural gas from the country was recorded at 11 billion cubic metres. The government of Italy is planning to import natural gas from Algeria, Azerbaijan and Libya to transform the country into a major supplier in the Southern Europe.

Notably, Italy has shifted its focus to Russia for natural gas imports in the past few years, thanks to the sluggish output of gas in Algeria.

However, the scenario is changing as Sonatrach has become successful in entering fresh accords with Eni for further upstream activities. In 2017, Algeria started operating a gas field that had been delayed. Also, three additional fields will commence operation in 2018.

Based in Rome, Italy, Eni is an integrated energy player. In the past year, the stock has returned 22.6%, outperforming the industry’s 16.3% gain. 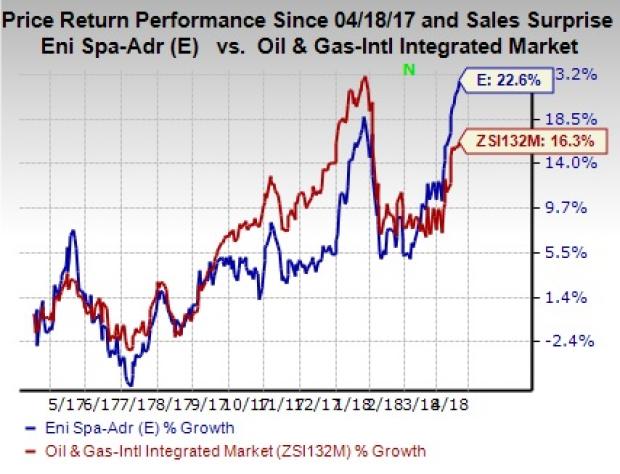 Mammoth Energy is expected to witness year-over-year surge of 246.5% in 2018 earnings.

Baytex managed to beat the Zacks Consensus Estimate in each of the prior three quarters.

Flotek Industries is expected to see year-over-year earnings growth of 557.1% in 2018.

Can Hackers Put Money INTO Your Portfolio?

Earlier this year, credit bureau Equifax announced a massive data breach affecting 2 out of every 3 Americans. The cybersecurity industry is expanding quickly in response to this and similar events. But some stocks are better investments than others.

Zacks has just released Cybersecurity! An Investor’s Guide to help Zacks.com readers make the most of the $170 billion per year investment opportunity created by hackers and other threats. It reveals 4 stocks worth looking into right away.