Why Nvidia (NVDA) Stock Is a Strong Buy

Shares of Nvidia (NVDA - Free Report) have slipped since the company reported strong first quarter financial results on May 10. This slight post-earnings dip might present investors the best chance to buy Nvidia stock at this price for some time. Let’s take a look why.

Looking quickly ahead, Nvidia is projected to report second-quarter revenues of $3.11 billion, based on our current Zacks Consensus Estimates. This would mark over a 39% climb from the prior-year quarter. For the full-year, Nvidia’s revenues are expected to surge nearly 36% to touch $13.18 billion.

Moving on to the opposite end of the income statement, Nvidia’s bottom line is projected to expand by more than 81% in the second quarter to reach $1.83 per share. This outsized growth is expected to continue for the full-year, with Nvidia’s earnings projected to soar just over 60% to reach $7.90 per share.

On top of Nvidia’s strong first quarter and its impressive growth outlook, investors will want to take a quick glance to see how its stock has performed recently. 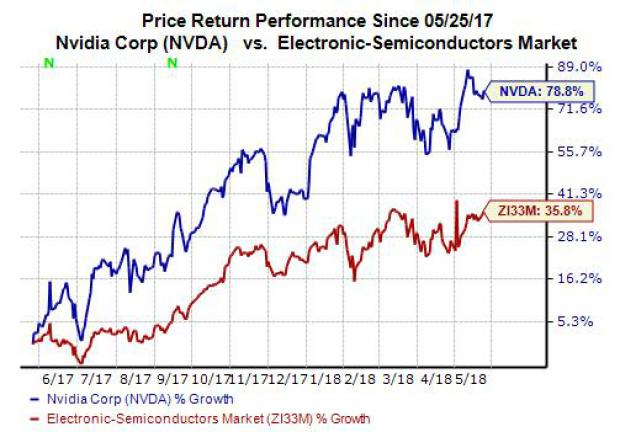 Jumping back over the last three years, Nvidia’s shares have skyrocketed 1,085% as its GPUs become more and more important in the multibillion-dollar gaming industry, data centers, and more. But even in the near-term, Nvidia’s stock price performance looks strong. Shares of NVDA have climbed nearly 28% since the start of the year, against its industry 18% climb and the S&P 500’s 2% expansion.

Despite Nvidia’s insane run of success and strong first quarter, shares of Nvidia closed Wednesday at $247.54 per share, which sits roughly 5% below its 52-week high of $260.50 per share.

Now that we have looked at Nvidia’s recent quarterly performance and stock price movement, let’s get a feel for its current valuation picture. Coming into Thursday, Nvidia stock was trading at 34.7X forward 12-month Zacks Consensus EPS estimates, which marks a significant premium compared to its industry’s 18.3X and the S&P 500’s 16.9X.

But, Nvidia investors understand that the stock is a growth play at the moment and are likely not concerned about the company’s current valuation picture, especially considering its massive climb over the last several years. With that said, NVDA has traded as high as 57.4X forward 12-month earnings estimates over the last year, with a one-year median of 45.6X. 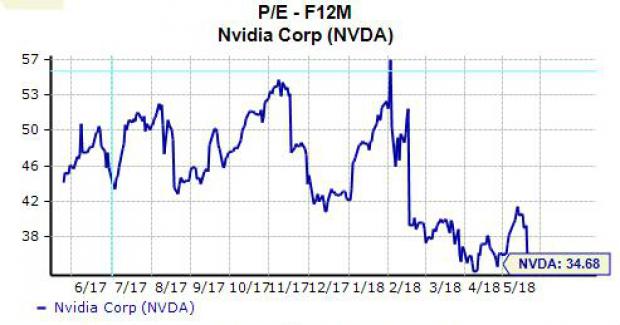 As investors can see, Nvidia stock is currently trading just above its year-long low and well below its high and median. Therefore, investors should be able to say with some confidence that Nvidia stock is not expensive at the moment. To some, Nvidia’s valuation might even appear rather attractive at its current level.

Nvidia is currently a Zacks Rank #1 (Strong Buy) and sports an “A” grade for growth in our Style Scores system. Investors should also be pleased to note that Nvidia has received 11 earnings estimate revisions for its second quarter, with 100% agreement to the upside, all within the last 30 days. During this same timeframe, NVDA earned 12 full-year revisions, with the same 100% upside agreement.

Lastly, aside from data centers and gaming, Nvidia is ready to benefit from its presence in booming growth industries from artificial intelligence to self-driving vehicles.