The 2018 FIFA World Cup in Russia is less than a week away, with the first game between the host country and Saudi Arabia scheduled to kick off at 11 a.m. ET on Thursday, June 14 on Fox FOXA. Now that World Cup fever has started to truly set in, let’s take a look at how some of the biggest FIFA and World Cup sponsors have performed.

FIFA, which stands for the Fédération Internationale de Football Association, currently offers companies the chance to become official partners, World Cup sponsors, or regional sponsors. It is unclear exactly how much these official FIFA partners pay, but the federation reportedly grabbed $1.58 billion in marketing dollars alone for the 2014 World Cup in Brazil. According to The Telegraph, it costs between $25 million and $50 million annually to be a FIFA partner and $10 million to $25 million to be a major World Cup sponsor.

FIFA’s pitch is simple: “The World Cup is the most effective international marketing platform, reaching millions of people in over 200 countries throughout the world.” So, with all that said, let’s take a look at how some of FIFA’s biggest publicly traded marketing and advertising sponsors are doing.

Coca-Cola has been associated with FIFA since 1974. The company signed a 16-year extension with FIFA in 2005, which takes it through the 2022 World Cup—a deal the beverage giant made before it even knew where the 2018 and 2022 tournaments would be held. 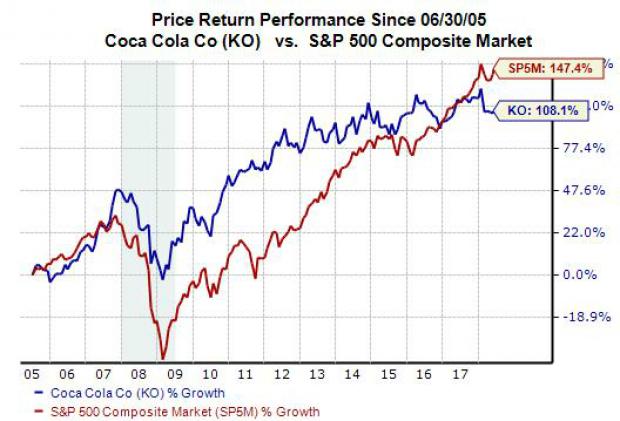 Investors will note that Coca-Cola has underperformed the S&P 500 since it signed its latest extension. More recently, KO stock has done dramatically worse than the index, up just 5.5% over the last five years against the index’s nearly 73% climb. Over the last year, Coca-Cola stock is down 3.7% as consumers’ drinking habits shift.

Moving on, Visa landed a deal with FIFA in 2007 that gave it the rights to become an official sponsor starting in 2010, replacing Mastercard MA. The credit card giant is now a partner and has signed on through 2022. 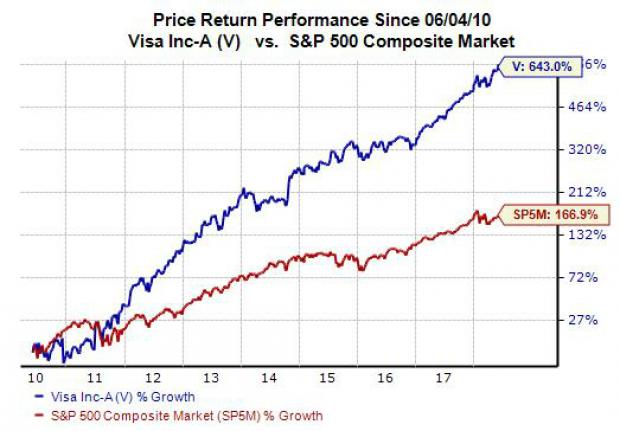 Unlike Coca-Cola, Visa stock has soared since it became a FIFA sponsor. Clearly, there are many other factors involved, but it is interesting all the same, and also highlights why many question the real value of sports sponsorships.

The German sportswear powerhouse has been a FIFA partner since 1970. In November 2013, Adidas signed an extension to become the official partner, supplier, and licensee for the FIFA World Cup and all FIFA events until 2030. Adidas stock has performed rather well since the 2014 World Cup. It is also worth noting that the company’s surge outpaces rival Nike’s NKE roughly 95% climb. 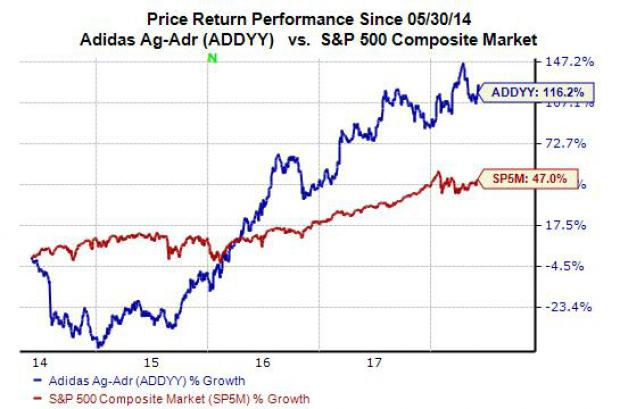 Lastly, let’s look at two of the integral parts of the tournament, Fox and Spanish-language network Telemundo, which is owned by NBCUniversal (CMCSA - Free Report) . The two giants won the rights to broadcast the 2018 and 2022 World Cups in the United States, paying roughly $1 billion combined. Fox reportedly agreed to pay more than $400 million, with Telemundo dropping $600 million. 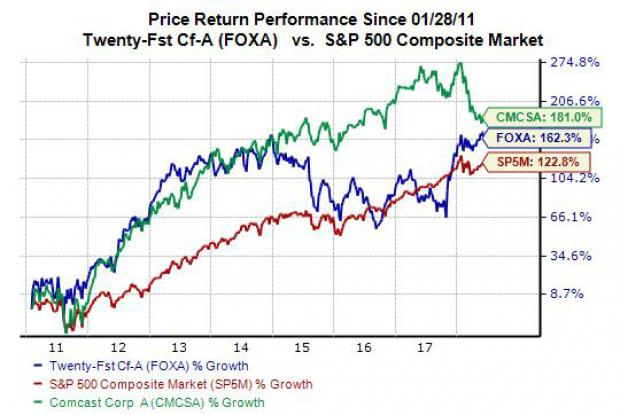 Clearly, both Fox and Telemundo’s parent company Comcast have performed rather well since the two companies signed their massive World Cup deals back in 2011. It will also certainly be fun to see how Fox’s World Cup coverage performs, especially since the U.S. men’s team didn’t qualify for the first time since 1986.

Make sure to come back to Zacks for more 2018 World Cup business updates.