The company announced that its service territory might face flooding along with strong wind and heavy rains. This will likely lead to continued outage of electricity, SCE&G warned.

SCE&G is preparing to deal with the expected outages with 2,900 personnel. In fact, the company is well placed to face such severe event with its extensive overhead and underground distribution lines which spread across 18,000 miles.

The company added that along with safety of customers, employees’ security is also paramount to it. If there are outages, the restoration work will start immediately after ensuring the crews’ safety.

Based in Cayce, SC, SCANA is primarily engaged in generating and distributing electricity to thousands of customers. However, the stock slipped 40.1% over the past year, underperforming the industry’s 5.3% decline. 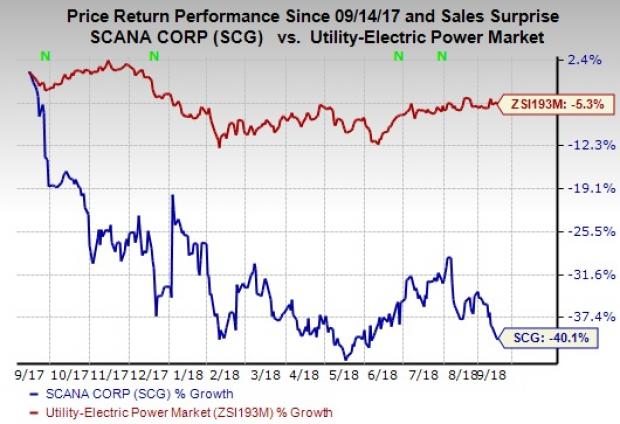 TC PipeLines has an average positive earnings surprise of 3.7% for the last four quarters.

Petrobras’ bottom line beat the Zacks Consensus Estimate in three of the trailing four quarters, the average beat being 10.4%.

Helix Energy’s earnings exceeded the consensus mark in three of the last four quarters, the average earnings surprise being 66.7%.