February’s performance positioned the S&P 500 for its “best year-to-date performance in more than three decades”, per financial times. The S&P 500 has recoiled sharply this year from the Christmas lull and is now less than 5% away from its record high five months ago as indicated by financial times.

Improved market sentiments backed by a dovish Fed and cues of improvement in the U.S.-China trade relation made this possible. This year is also on its way to be the 35th in 91 years to have started with consecutive monthly gains on the market.

Let’s take a look at the top-performing sectors (per ft.com) and their ETF winners:

There was considerable improvement in U.S.-China trade relation. In late-February, President Donald Trump announced a postponement in the increase of tariffs on about $200 billion worth of Chinese goods, noting “substantial progress” in trade talks with Beijing. Though it is yet unclear if both parties can reach a concrete deal, cues of reconciliation charged up industrial stocks and the related ETFs (read: 10 ETF Areas to Gain as Trump Delays Additional Tariffs).

Crude oil prices have been on the rise since the start of 2019, buoyed by a fresh output cut decision by OPEC and Russia for the first six months of the year, U.S. sanctions against Venezuela on political grounds and hopes of a U.S.-Sino trade truce. United States Oil (USO - Free Report) has added about 23.1% this year (as of Feb 27, 2019) (read: Oil Jumps: 4 ETFs to Benefit & 4 to Suffer).

Tech stocks suffered in 2018 due to overvaluation concerns,President Trump’s protectionist view toward trade, renewed global growth worries and a likely stringency in social media regulations following reports of Facebook's data breaches in March. However, the sector made a solid comeback this year due to its solid fundamentals.

Rising demand for emerging technologies and rising spending on enterprise software especially cloud (per Gartner) had already made the space a certain winner. Gartner projects a 3.2% uptick in global IT spending to $3.77 trillion in 2019.SPDR FactSet Innovative Technology ETF (XITK - Free Report) (up 25.1%) and SPDR S&P Software & Services ETF (XSW - Free Report) ) (up 24.8%) are the winners this year.

Consumer confidence bounced back in February amid a healthy labor market and an end to the U.S. government’s longest shutdown ever. The index rose to 131.4 from 121.7 in January with consumers' view toward the economy being the brightest since December 2000.

In any case, the U.S. economy has been one of the healthiest in the developed market bloc. So, no wonder, consumers will be comfortable in splurging on discretionary activities. Plus, earnings of the consumer discretionary sector have been pretty upbeat this season. 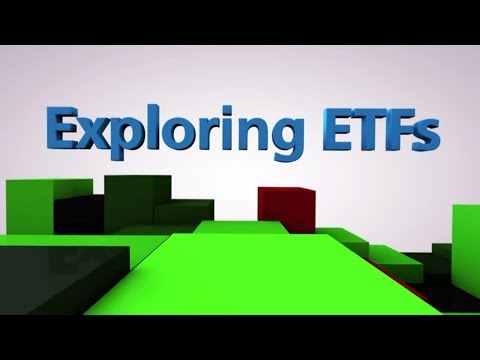 Zero Fee ETFs: What You Need to Know