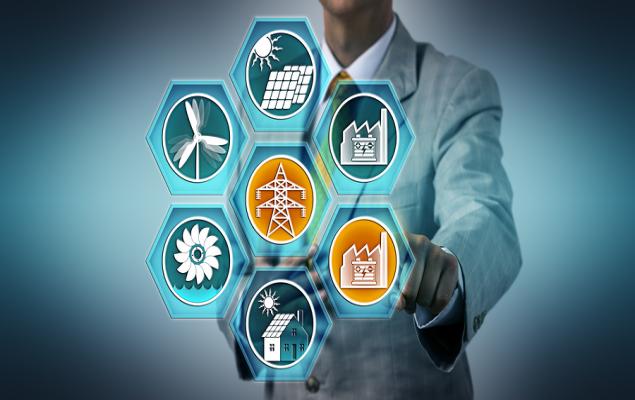 U.S. stocks suffered stiff losses on Mar 22 as recessionary fears made a comeback to the bourses. The yield on the 10-year Treasury note fell below the yield on the 3-month Treasury bill for the first time since 2007. An inversion of the yield curve, which traces returns on bonds with different maturity dates, is widely believed to indicate that a recession is more than likely within a year or two.

The Fed’s two policy decisions announced on Mar 20 contributed toward the dampening of investor sentiment. Not surprisingly, utility stocks were the biggest gainers of last Friday’s trading session. Their superior yields and steady revenues make them good choices in a tough economic environment. Investing in this class of stocks would make for a smart move right now.

What Triggers a Yield Curve Inversion?

With returns on shorter duration securities exceeding those with longer maturity periods, the yield curve has inverted. This brings us to the yield curve itself, in this case, a graph of returns provided by government bonds of different durations but identical quality until the principal amount has been paid off. Usually, this graph slopes upward since long-term rates exceed short-term returns.

This means that when the yield curve inverts, short-term rates are exceeding their long-term counterparts. In other words, long-term bonds are in high demand, a phenomenon which pushes down their yields. (Read: Yield Curve Inversion Spooks Markets: 5 Utility Picks)

This is because investors are adopting a negative view of short-term economic prospects. According to the Federal Reserve of San Francisco, an inversion of the yield curve has heralded every U.S. recession since 1955 with only one exception. Researchers believe that a negative three-month/10-month spread is the most reliable of all recessionary indicators.

At the end of its two-day policy meeting on Mar 20, the Federal Reserve exhibited a degree of dovishness which surprised the most astute of market watchers. The central bank indicated that it was unlikely to raise rates at all this year.

The Fed also revealed that it would begin to “taper” its balance sheet in May and cease any such actions altogether by September. Further, it will keep the size of its balance sheet unchanged after that point. Starting October, it will offload $20 billion of mortgage-backed securities every month and offset the sale with the same amount of Treasury securities.

According to economists, the Federal Reserve will soon become a net buyer of Treasury securities. Societe Generale’s chief U.S. economist Stephen Gallagher thinks the Fed will end up buying fresh Treasury securities worth $200 billion by the second half of 2020. Gallagher believes that the central bank is leaning “toward quantitative easing again.” This only hints at an economic slowdown ahead.

A yield curve inversion is considered a reliable indicator that a recession is imminent. This is particularly true when the spread between the 3-month and 10-month Treasury yield slips into negative territory. The Fed’s new-found dovishness also indicates that a recession is most likely up ahead.

With investors seeking safe havens, utilities emerged as the only sector to finish in the green with the Utilities Select Sector SPDR (XLU) gaining 0.7%. Above-average dividend yields and steady revenues make this class of stocks great options at a time when a downturn looks near.

Adding them to your portfolio should prove wise. We have narrowed our search to the following stocks based on a good Zacks Rank and other relevant metrics.

Otter Tail’s expected earnings growth for the current year is 6.8%. The Zacks Consensus Estimate for current-year earnings has improved 4.8% over the past 30 days. The Zacks Rank #1 (Strong Buy) stock has a dividend yield of 2.9%. You can see the complete list of today’s Zacks #1 Rank stocks here.

The Zacks Rank #2 (Buy) company’s expected earnings growth for the current year is 6.9%. The Zacks Consensus Estimate for current-year earnings has improved 0.2% over the past 30 days. The stock has a dividend yield of 3.1%.

The company has a Zacks Rank #2. It has expected earnings growth of 9.1% for the current year. The Zacks Consensus Estimate for the same has improved 0.1% over the past 30 days. The stock has a dividend yield of 2.6%.

The Zacks Rank #2 company has expected earnings growth of 7% for the current year. The Zacks Consensus Estimate for current-year earnings has moved 1.9% up over the past 30 days. The stock has a dividend yield of 5%.

PNM Resources, Inc. (PNM - Free Report) is engaged in the energy sector and related areas in the United States.

It has a Zacks Rank #2. The company has expected earnings growth of 7.6% for the current year. The Zacks Consensus Estimate for current-year earnings has risen 1.2% over the past 30 days. The stock has a dividend yield of 2.5%.