We start a new trading week with a Monday free of economic markers, at least on the domestic level. Overseas, a key early indicator is the German IFO business survey for March, and it was released during regular trading in the Eurozone. A headline of 99.6 was ahead of the 98.5 expected, and also up from February’s upwardly revised 98.7.

The value of the euro jumped 20 basis points following the release, and the 10-year Bund swung back to positive territory. These developments follow a disappointing read on German PMI last Friday, which sent Bund yields back into the negative and a resulted in a down day on the DAX.

Asian markets early today followed Friday’s selloff here in the States, led by the Nikkei in Japan -3%. An inversion of the yield curve in the U.S. for the first time in a decade has caused some concern among analysts; fears of a recession on the horizon look to be growing today, at least across the Pacific.

Pre-market futures here at home are in the red, but look to be fighting to push into positive territory. The S&P 500 and the Nasdaq indexes are both on pace to finish March with the best results for a Q1 in the past 7 years. Strong employment and investment has kept trading buoyant domestically, even with serious issues threatening markets elsewhere.

Trade talks resume between the U.S. and China later this week; progress has routinely been reported as being positive, though without many specifics to back up this sentiment. A tariff increase of 25% on certain Chinese goods coming into the country was scheduled to have hit early this month; both sides have been successful in kicking the can thus far, as a drastic increase in tariffs would be very likely to have a profoundly negative affect on both top two economies in the world. 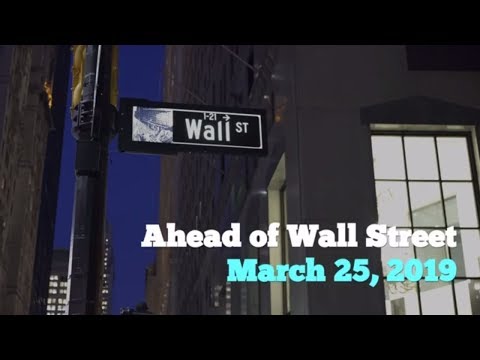