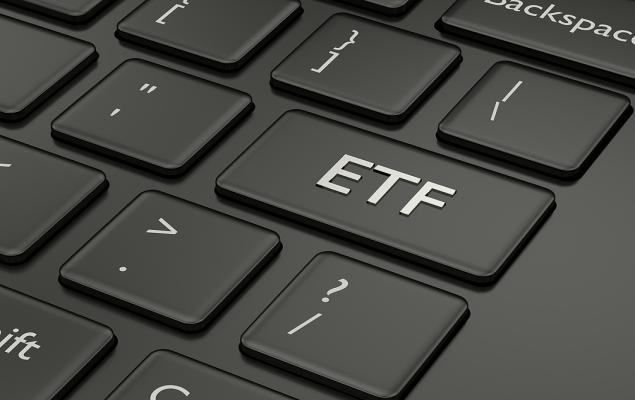 Wall Street has been pretty volatile in March. Though Wall Street commenced the month on a decent note, huge selloffs were witnessed at the end of the month. Recessionary fears in the United States, acute slowdown jitters in the Euro zone, Brexit drama, and overvaluation concerns (after a robust first-quarter rally) resulted in steep selloffs.

Let’s take a look at the winners and losers of this period.

Though India ETFs commenced the year on a soft note, it gained steam in March following the wave of optimism around re-election of prime minister Narendra Modi’s party in the upcoming general elections, and hopes of further economic reforms and easing of monetary policy. Additionally, the Fed’s dovish outlook on future rates hike and growth projection cuts for 2019, and the European Central Bank’s dull outlook on Eurozone’s economy has renewed optimism in this emerging market, inviting large inflows into the country (read: Here's Why India ETFs Are Soaring).

China stocks have been moderate in the month probably owing to the delay in a definite US-China trade deal. iShares China Large-Cap ETF (FXI - Free Report) has, in fact, lost about 0.2% while Xtrackers Harvest CSI 500 China-A Shares Small Cap ETF (ASHS - Free Report) has gained about 6.4% in the past one month (as of Mar 28, 2019).

However, two areas – real estate and consumer staples – soared. Consumer staples due to its non-cyclical nature offer decent returns even if the economy is slowing.

Investors should note that the country trimmed its economic growth forecast for 2019 in the range of 6-6.5%, down from a target of 6.5% over the past two years. But at the same time, the government rolled out a set of stimulus and reformative measures. It announced a cut in the value-added tax (VAT) for the manufacturing sector to 13% from 16%, and VAT for the transport and construction sectors to 9% from 10%. The government will also cut the social security fees paid by companies to 16%.

In the past one year, China cut commercial lenders’ reserve requirement ratio (RRR) five times to make borrowing easier for small and private firms with the latest 100 bps cut being enacted in January (read: Don't Fear China's Weaker Growth, Play It With These ETFs).

Bond funds benefited a great deal from a dovish Fed and recession jitters at the end of the month. The Fed, in fact, cut GDP growth forecasts in its March meeting. This along with disappointing manufacturing data from the Euro zone complicated the scenario and triggered a heavy selloff in equities at March-end. Investors rushed to safe-havens like long-term U.S. treasuries consequently benefiting PIMCO 25+ Year Zero Coupon U.S. Treasury Index Exchange-Traded Fund (ZROZ - Free Report) (up 7.7%) (read: Best-Performing Treasury ETFs Amid Market Selloff).

Turkey’s benchmark stock index has suffered terribly in the final week of March as lira plunged ahead of a key election on Sunday. Key interest rate is hovering around an all-time high. iShares MSCI Turkey ETF (TUR - Free Report) lost around 15.8% in March.

Brazil stocks suffered massively owing to tensions around the reforms proposed by president Jair Bolsonaro. In fact, Bolsonaro has been accused of not doing enough to enact the pension reform. iShares MSCI Brazil Capped ETF (EWZ - Free Report) lost about 7.9% in March.