Starboard Makes Peace With Dollar Tree's Board: Here's Why

Dollar Tree Inc. DLTR has been in the news lately after an activist investor, Starboard Value, which is its 1.7% stakeholder, decided to step back on its intentions to make changes to the company’s board. Dollar Tree acknowledged Starboard’s decision to withdraw its nominees for the board and welcomed its suggestions for the betterment of the company.

In January 2019, Dollar Tree was challenged by Starboard regarding its policies. Starboard’s letter to Dollar Tree suggested considering alternatives for Family Dollar, including a possible sale, while also raising prices for some of its products above the company’s Dollar-one price-point strategy. Additionally, Starboard demanded a change in the company’s board and proposed to nominate seven candidates to the board of directors in the upcoming board elections.

This action came after Starboard noticed that the Dollar Tree stock has been underperforming peers since it acquired Family Dollar in 2015. This was mainly because Family Dollar’s sales persistently remained soft.

However, on Apr 5, Starboard decided to withdraw nominations from the board after constructive talks with the Dollar Tree board, wherein the latter agreed upon considering a multiple price-point strategy for its stores. Further, Starboard stated that it is convinced with Dollar Tree’s strategies to bring a turnaround at the Family Dollar chain. Probably, Dollar Treee’s March announcement to close 390 Family Dollar stores in fiscal 2019 has brought confidence in the board’s policies.

Dollar Tree plans to accelerate the store optimization program in fiscal 2019. In this regard, it is imperative to mention that management launched H2 — the latest model for new and renovated Family Dollar stores internally. This model boosted traffic, thus leading to average comparable store sales (comps) growth in excess of 10% over control stores. Further, Dollar Tree plans to install adult beverages in roughly 1,000 stores, and expand freezers and coolers in roughly 400 outlets.

These store optimization measures are likely to help increase comps by up to 1.5%, after its implementation by the end of fiscal 2019. These actions place Dollar Tree on track to reach the long-term target of operating 26,000 stores, with more than 10,000 Dollar Tree and 15,000 Family Dollar outlets across North America. Additionally, the company intends to open a distribution center in Rosenberg, Fort Bend County, TX, in fiscal 2019.

The optimism regarding the Dollar Tree’s initiatives is clearly reflected in its price performance. This Zacks Rank #3 (Hold) stock has gained 21.6% in the past six months, outperforming the industry’s 6.4% rally. 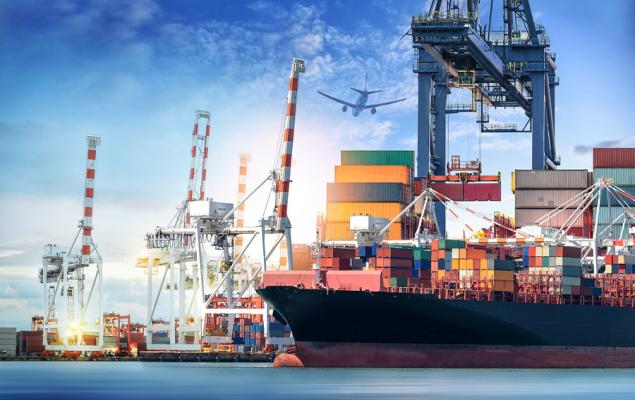