This machinery company’s adjusted earnings in the reported quarter were 77 cents, lagging the Zacks Consensus Estimate of 80 cents. However, the bottom line improved 10% from the year-ago figure of 70 cents on the back of benefits derived from the company’s initiatives — including growth, modernization and simplification.

In the quarter under review, Kennametal generated revenues of $597.2 million, decreasing 1.8% year over year. Organic sales growth of 3% in the quarter were more than offset by 4% adverse impacts of forex woes and 1% negative impact of business days.

Also, the top line lagged the Zacks Consensus Estimate of $622.4 million by 4%.

On a geographical basis, the company generated revenues of $302.9 million from America operations, increasing 3% year over year. Sales in Europe, Middle East and Africa (EMEA) were down 6% to $181.4 million while that for the Asia Pacific operations decreased 6.6% to $112.9 million.

The company reports revenue results under three segments — Industrial, WIDIA and Infrastructure. Its segmental performance for the fiscal third quarter is briefly discussed below:

WIDIA revenues were $51 million, down 2.4% year over year. The results were impacted adversely by forex woes of 4% and business days’ impact of 1%, partially offset by organic sales growth of 3%.

Infrastructure revenues totaled $227.6 million, increasing 2.2% year over year. This improvement was due to 6% organic revenue growth, partially offset by 1% impact of business days and 3% negative impact of forex woes.

Adjusted operating income in the reported quarter increased 3.4% year over year to $85.3 million. Margin increased 70 bps to 14.3%. Margin was driven by growth in organic sales, lower compensation expenses and gains from restructuring efforts. These positives were partially offset by rise in raw-material costs, forex woes and lower absorption of costs. Notably, inflation in raw material costs was offset by price realizations in the reported quarter. Adjusted effective tax rate was 19.8%, down from 23.1%.

Exiting the fiscal third quarter, Kennametal had cash and cash equivalents of $112.6 million, increasing 16.9% from $96.3 million at the end of the last reported quarter. Long-term debt and capital leases inched up 0.1% sequentially to $592 million.

In the three months ended March 2019, the company generated net cash of $157.5 million from operating activities, decreasing 0.3% from the year-ago comparable period. Capital invested for purchasing property, plant and equipment totaled $145.9 million, above $105.6 million in the year-ago period. Free cash inflow was $15.1 million, down from $54.5 million in the nine months ended March 2018.

Concurrent with the earlier release, the company announced that its board of directors approved the payment of a quarterly cash dividend of 20 cents per share to shareholders of record as of May 14, 2019. The dividend will be paid on May 29.

Also, the company noted that the second phase of its simplification/modernization will likely yield annualized savings of $35-$40 million by fiscal 2020 end. Related charges are predicted to be roughly $55-$65 million.

With a market capitalization of $3.4 billion, Kennametal currently carries a Zacks Rank #3 (Hold).

Earnings estimates for Actuant have remained unchanged for the current year while that for Stanley Black and Sandvik improved over the past 30 days. Positive earnings surprise for the last four quarters was 14.67% for Stanley Black, 15.25% for Sandvik and 11.01% for Actuant. 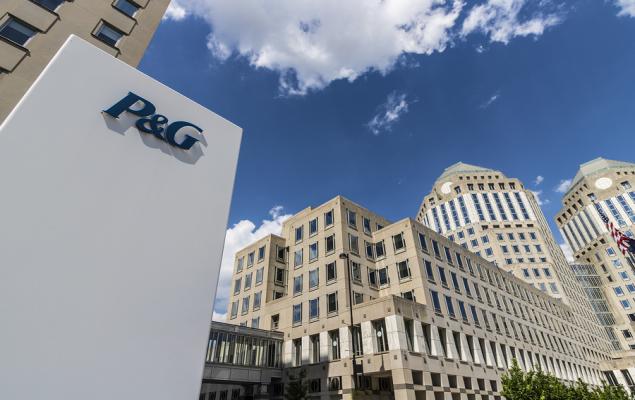