In the past week, GOL Linhas Aereas Inteligentes (GOL - Free Report) reported lower-than-expected earnings for first-quarter 2019. Results were hurt by 16.2% depreciation of the Brazilian real against the US dollar and high fuel costs. Moreover, this Latin-American carrier tweaked its guidance for 2019 and 2020.

1. Gol Linhas’ first-quarter 2019 earnings (excluding 14 cents from non-recurring items) of 9 cents per share missed the Zacks Consensus Estimate by 24 cents. Net revenues of R$3.2 billion improved 8.3% year over year owing to solid demand for air travel and a strong pricing. Passenger revenues accounted for the bulk (94.5%) of the top line and rose 8.4% on a year-over-year basis. For 2019, GOL Linhas anticipates net revenues of approximately R$13 billion compared with R$12.9 billion expected previously. Additionally, earnings are envisioned in the range of 70-90 cents per share for the current year. Previously, the estimate was in the $1.30-$1.50 band. Additionally, earnings per share for 2020 are now anticipated between $1 and $1.3 compared with $1.70 and $2 projected earlier. (Read more: Gol Linhas Misses on Q1 Earnings, Tweaks '19 & '20 View)

3. At Ryanair, April traffic (including 0.5 million from its LaudaMotion unit) rose 10% year over year to 13.5 million. Load factor remained flat at 96%. Notably, this European carrier operated more than 7500 scheduled flights in April. On a rolling annual basis, traffic rose 9% year over year to 142.3 million.

4. SkyWest reported a 6.2% year-over-year increase in block hours (a measure of aircraft utilization) to 118,963 in April. The carrier stated that the rise in block hours was owing to the addition of E175 and CRJ900 aircraft to its fleet since April 2018. Meanwhile, the company’s dual class aircraft (E175, CRJ900 and CRJ700) accounted for approximately 65.5% of the carrier’s total block-hour production for the month compared with approximately 58.9% a year ago. Load factor (% of seats filled by passengers) increased 110 basis points to 81.9%.

5. In a bid to expand its operations, American Airlines has started operating 15 new gates at DFW, its most profitable hub. As a result, the carrier is operating flights to 23 new destinations across the globe like Dublin, Munich, Santo Domingo and Monterey, CA. Also, the carrier renovated a satellite at Terminal E of the airport. More than 90% of the traffic at the airport is owing to American Airlines. 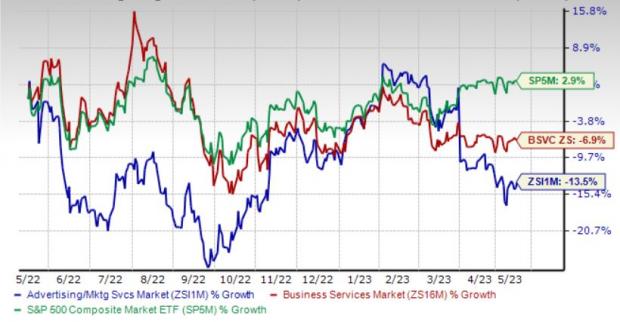