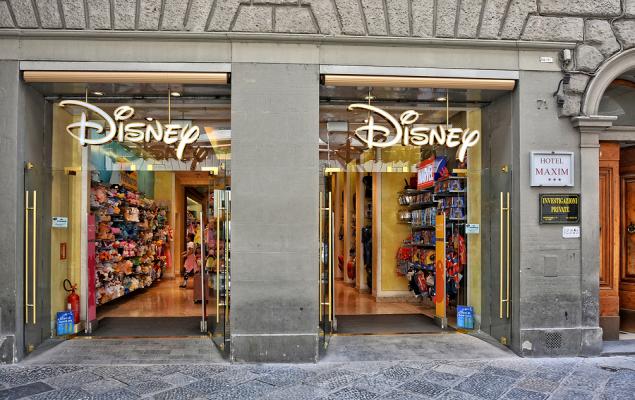 The Walt Disney Company (DIS - Free Report) has produced its fiscal Q2 earnings results after the closing bell Wednesday, with better-than-expected numbers on both top and bottom lines. Earnings of $1.61 per share outpaced the Zacks consensus by 2 cents, while revenues of $14.92 billion surpassed expectations of $14.64 billion, and 3% higher year over year. Gains in Parks, Experience and Consumer Products and its Studios segment both outperformed estimates.

With the record-breaking success of Disney's "Avengers: Endgame" -- at $2.189 billion total box office, it is already the highest-grossing film of all-time -- it was expected the Studio unit would perform well in the quarter. And expectations are big for its coming streaming service, Disney+, which CEO Bob Iger has already announced will carry "Endgame" exclusively on Disney+ this December (presumably the film will be out of theaters by then).

The only drawback was in Media Networks, where Operating Income in Cable and Broadcasting were shy of estimates. The company cited costs in its ESPN unit and declines in ad revenues behind the miss in this segment. Shares are up another 1% in after-hours trading, after a big move up on the Disney+ announcement four weeks ago.

Roku (ROKU - Free Report) also beat forecasts on its top and bottom lines for the streaming platform service company's Q1 report, with a loss of 9 cents per share far better than the -24 cents expected, while revenues in the quarter of $206.7 million surpassed the $189.06 million in the Zacks consensus. Platform revenue grew 79% year over year, which Active Users grew by 2 million to 18.2 million overall. Average Revenue per User (ARPU) also outperformed, to $19.06 versus the expected $18.74 per user.

Zacks Rank #4 (Sell)-rated Etsy (ETSY - Free Report) came in mixed for its Q1 results -- putting up 24 cents per share which outpaced estimates by a solid dime, while revenues of $169.3 million came in slightly under expectations. Gross Merchandise Sales were in-line with estimates, but shares fell 7% in after-market trading on the news on tepid guidance.