What's in the Cards for iQIYI (IQ) This Earnings Season?

In the last reported quarter, the company’s total subscribers were 87.4 million compared with 50.8 million in the year-ago period.

iQIYI reported adjusted loss of 70 cents per ADS in fourth-quarter 2018. Revenues soared 55.2% from the year-ago quarter to RMB7 billion ($1 billion).

The Zacks Consensus Estimate for first-quarter earnings has remained steady at a loss of 52 cents over the past seven days. However, the figure indicates growth of 76% from the year-ago quarter’s reported figure.

iQIYI’s solid content slate is expected to drive first-quarter 2019 results. The company released Jackie Chan starrer, The Knight of Shadows, across many theaters in China and Southeast Asian countries on Chinese New Year.

Additionally, iQIYI’s Burning Ice was made available on a Japanese TV channel in primetime slot in the to-be-reported quarter. Rise in popularity of Chinese dramas internationally was one of the key reasons for the release. Notably, this is a first for a “Chinese crime drama to be acquired by NHKEP for distribution in Japan through a mainstream local Japanese TV channel.”

Moreover, strength of the company’s content is depicted by the fact that many international networks bought the broadcast rights for its original series, The Golden Eyes, in first-quarter 2019. The series broadcast rights were sold even before it was aired on iQIYI platform.

Further, the company’s ability to bring exclusive content to its platform is likely to boost subscriber base in the to-be-reported quarter. iQIYI partnered with Viacom’s Paramount to bring Catch-22 to the Chinese audience after its release on Hulu.

Additionally, the company’s partnership with AIS and China Unicom Global Limited is likely to boost user engagement in the to-be-reported quarter. Notably, iQiyi has made available its streaming service, Qisubo, across a few hotels in Thailand that are frequented by Chinese tourists.

According to the Zacks model, a company with a Zacks Rank #1 (Strong Buy), 2 (Buy) or 3 (Hold) has a good chance of beating estimates if it also has a positive Earnings ESP.  Sell-rated stocks (Zacks Rank #4 or 5) are best avoided.

iQIYI has a Zacks Rank #3 and an Earnings ESP of 0.00%. You can uncover the best stocks to buy or sell before they’re reported with our Earnings ESP Filter.

Here is a stock, which, per our model, has the right combination of elements to post earnings beat this quarter:

lululemon athletica inc. (LULU - Free Report) has an Earnings ESP of +0.51% and a Zacks Rank #1. You can see the complete list of today’s Zacks #1 Rank stocks here. 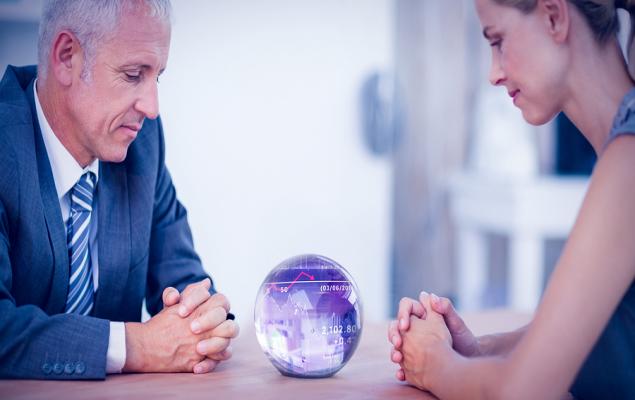