WPX Energy Inc. (WPX - Free Report) recently announced that its subsidiary and joint venture partner in Oryx II pipeline have completed the sale of the project. The agreement to sell its 25% in the pipeline was signed post Mar 31, 2019. The company intends to utilize the net proceeds of $350 million to lower dues in its credit facility.

WPX Energy is utilizing the proceeds from non-core asset sale to lower its outstanding debts and invest in new lucrative assets. The current debt to capital ratio of the company stands at 36.77%, which is better than its industry’s average of 37.91%. WPX Energy has been managing its debt levels quite efficiently and lowering the same.

During the first quarter, the company used $100 million of its non-core asset sale proceeds to purchase nearly 14,000 surface acres within its Stateline operations. The acquired asset is expected to provide returns through speed of development, facilitating longer laterals, and revenues associated with infrastructure like roads, water and electricity.

WPX Energy has gradually transformed itself from a natural gas focused company to a liquid focused company. At present, nearly 78% production of the company is liquid and the rest is natural gas. It was simply the opposite five years ago.  This transformation is a result of execution of the company’s plan to produce more liquids. Oil production from Delaware and Williston Basins improved 31% and 62% year over year, respectively, in the first quarter of 2019.

Ongoing investments in WPX Energy’s core assets in the Delaware and Williston basins will help it to enhance production and build reserves. The company, which has plans to invest $1,100-$1,275 million in 2019, expects oil production to improve 20% year over year during the year.

U.S. Oil Production on the Rise

Courtesy of increasing production from shale, oil production in the United States is rising consistently over the years. Notably, oil and gas operators are concentrating on onshore assets to produce oil and gas. Per U.S. Energy Information Administration (“EIA”), majority of the oil production growth will come from the Permian region of Texas and New Mexico.

Shares of the company have lost narrower than its industry in the past 12 months. 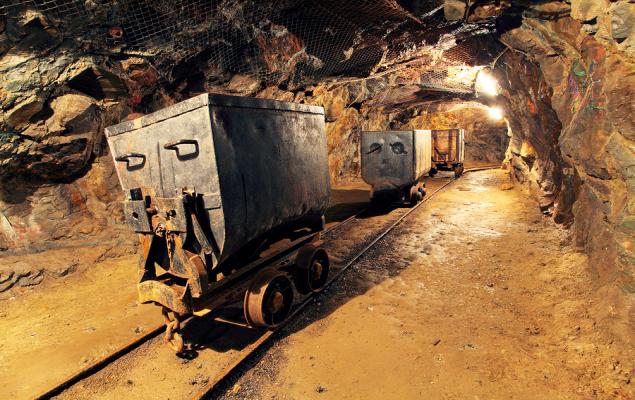