Fiat Chrysler to Tie Up With Aurora for Autonomous Technology

The partnership will help to integrate Fiat Chrysler’s commercial vehicle lines in the United States with Aurora’s self-driving platform. This partnership is likely to give Fiat Chrysler the access to several commercialization opportunities, including ride sharing to driverless delivery trucks.

The Silicon Valley-based startup Aurora’s three co-founders are among the leaders who pushed to make self-driving cars a reality. Aurora raised a huge sum of money from the market.

In the past three months, shares of Fiat Chrysler have underperformed the industry it belongs to. Over this time frame, the stock has lost 7.3% while the industry declined 2.3%. 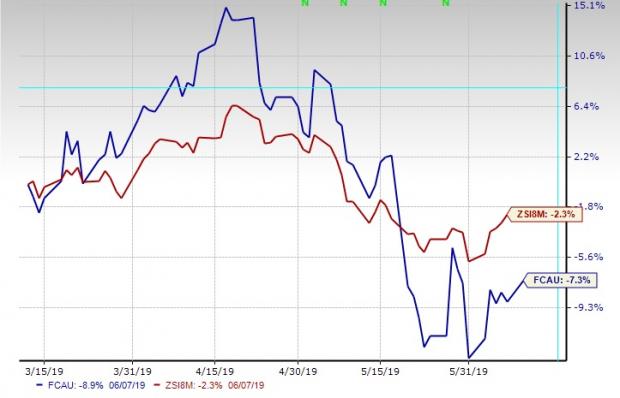 Ford has an expected long-term growth rate of 7.3%. Over the past six months, shares of the company have gained 13.6%.

Fox Factory has an expected long-term growth rate of 16.4%. Over the past six months, shares of the company have gained 11.1%.

Cummins has an expected long-term growth rate of 8%. Over the past six months, shares of the company have gained 3%.

Here's Why You Should Add Lazard Stock to Your Basket Now