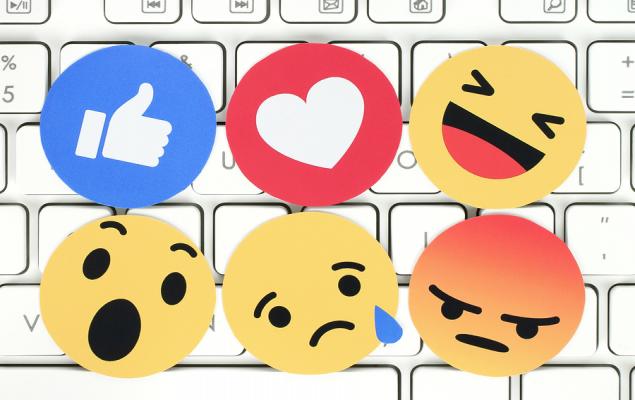 What's Next for Facebook (FB) Stock Heading into Q2 2019 Earnings & Beyond?

Facebook (FB - Free Report) stock is up over 18% in the last month to crush the S&P 500 and its industry’s average as Wall Street seems smitten with the idea that the social media giant is ready to jump into the cryptocurrency space. But Libra isn’t set to launch until 2020. This means investors need to know what to expect from FB now—Q2 and 2019 earnings—to see if Facebook can maintain its stellar run in the second half of 2019.

Mark Zuckerberg has slowly teased ideas over the last year about how he plans to shift Facebook back toward a platform focused more on communication between friends and family than the news aggregator it has become. Facebook’s chief executive has spoken about offering private encrypted messaging, payments, and other services in a move that would see it transition to a model similar to Tencent’s (TCEHY - Free Report) WeChat.

Despite these worries, Facebook has yet to face any truly severe consequences for its privacy scandals and outsized control over the spread of information. In fact, Facebook’s family of services, which includes Facebook, Instagram, WhatsApp, and Messenger, saw its daily and monthly active user totals climbed 8% in Q1. Executives estimate that around 2.7 billion people use at least one of FB’s family of services on average every month. This figure alone might help Facebook chug along for years to come, especially as consumers become harder to reach in the Netflix (NFLX - Free Report) age.

FB shares have soared from $164.15 on June 3 to open at $193.00 Tuesday morning. Facebook stock is now up 48% on the year, against its industry’s 21% jump. Luckily for investors, Facebook still has about 12% room to climb before it hits its 52-week high—thanks to its massive second-half of 2018 selloff. 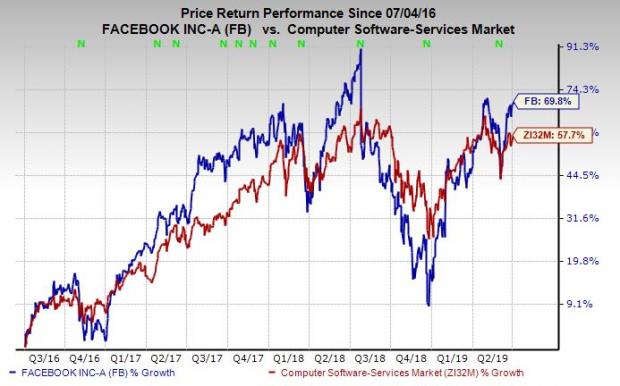 Then, the social media giant’s fiscal 2020 revenue is projected to climb 21% higher than our current year estimate to reach $83.91 billion. Similarly, both 2019 and 2020 would mark a significant slowdown from 2018’s 37% top-line growth, as one might expect as the law of large numbers makes year over year expansion on a percentage basis harder to achieve.

Facebook’s second-half 2018 fall was due, in large part, to the fact that executives said the company’s margins and profits would take a hit in the near-term as the firm spent more on everything from increased security to expansion. At the moment, the company’s adjusted Q2 earnings are projected to jump 9.2% to $1.90 share. Meanwhile, the company’s full-year fiscal 2019 EPS figure is projected to dip 6.3%. FB’s 2020 earnings are then projected to come roaring back, to surge 31% higher than our current-year estimate.

Clearly, Facebook’s top-line growth is expected to look less flashy than in years past. But 20% growth for a company projected to pull in over $80 billion next year is nothing to scoff at.

We can also see that FB is trading at a discount compared to its industry and its own historical figures in one key valuation metric: forward 12-month earnings estimates. FB’s 7.2 forward price/sales ratio rest above its industry’s 6.2 at the moment but still comes in well below Facebook’s own two-year high of 13.3 and 8.1 median. Therefore, we can say that Facebook’s valuation picture is hardly stretched at the moment, if not “cheap.”

Facebook is a Zacks Rank #3 (Hold) right now that looks poised to expand for years to come based on its sheer size, not to mention its growth plans. It also seems reasonable to think that FB stock could climb past its 52-week intraday highs in the second half of 2019 and beyond.

Facebook is set to report its Q2 2019 financial results on Wednesday, July 24. 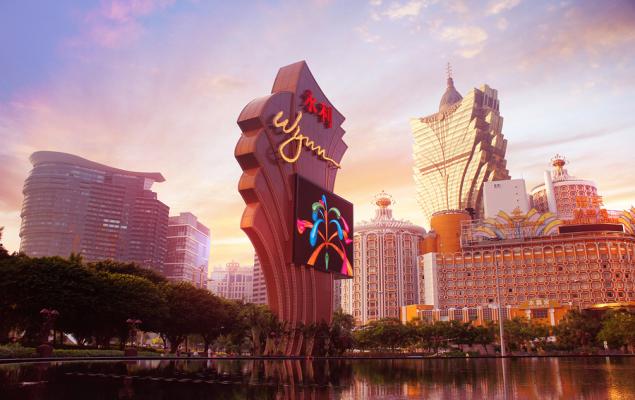 How To Profit Off Of The Gambling Capital Of The World