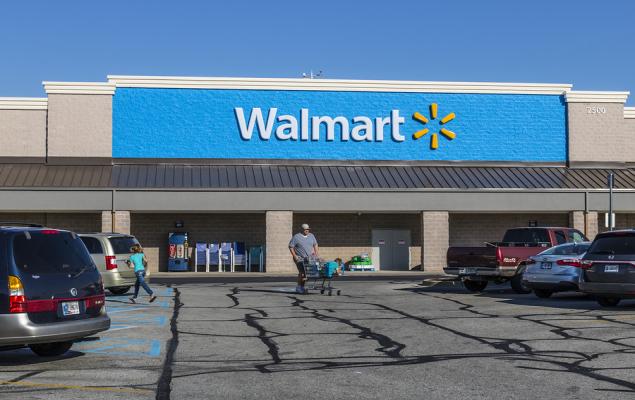 Its time for students to head back to schools after the summer break, implying that shopping for essentials is in full swing. The back-to- school season is expected to see shoppers spend more on retail outlets compared to last year.

Retailers, in fact, have been witnessing an uptick in sales. Thus, it’s time to invest in retailers that are likely to make the most of the busy period.

Michelle Skupin, RetailMeNot’s senior director of marketing and communications, added that “with the back-to-school shopping season starting with Prime Day, all retailers have an opportunity to capture early sales by participating in Prime-related promotions.”

In fact, it is expected that more than two-thirds of shoppers during Amazon Prime Day period will also head to other retailers. On average, shoppers are expected to visit at least 11 retailers throughout the Prime Day period. Data from marketing intelligence company MiQ showed that shoppers will visit stores on average 16 times to buy back-to-school items between July and September.

Target, in particular, is launching its “Target Deal Days” on Prime Day period which offers shoppers pick-up and same-day delivery options. At the same time, Walmart will be offering “thousands” of discounts between Jul 14 and Jul 17 on the Walmart.com site.

Retail sales had picked up in May and sales for the previous month were revised higher as American shoppers ramped up spending on wage gains and a low unemployment rate.

Retail sales that measure outlays at stores, online-shopping websites and restaurants increased at a seasonally adjusted rate of 0.5% in May from April, and easily topped projections, according to the Commerce Department. April sales were, in fact, revised to show a 0.3% advance instead of a 0.2% drop, as reported previously. And when compared to last May, retail sales jumped 3.2%.

We have, thus, selected five fundamentally sound retailers that can make the most of the back-to-school shopping season. The stocks flaunt a Zacks Rank #2 (Buy).

Target operates as a general merchandise retailer in the United States. The Zacks Consensus Estimate for its current-year earnings has increased 1.9% over the past 60 days. The company’s expected earnings growth for the current year is 9.8%, more than the Retail - Discount Stores industry’s projected rally of 6.6%.

Walmart engages in retail and wholesale operations in various formats. The Zacks Consensus Estimate for its current-year earnings has climbed 1.7% over the past 60 days. The company, which is part of the Retail - Supermarkets industry, is expected to record earnings growth of 4.8% in the next year.

Ross Stores, Inc. ROST operates off-price retail apparel and home fashion stores under the Ross Dress for Less and dd’s DISCOUNTS brands in the United States. The Zacks Consensus Estimate for its current-year earnings has increased 0.2% over the past 60 days. The company’s expected earnings growth for the current quarter is 7.7%, higher than the Retail - Discount Stores industry’s estimated growth of 1.7%. You can see the complete list of today’s Zacks #1 Rank stocks here.

The TJX Companies, Inc. TJX operates as an off-price apparel and home fashions retailer. The Zacks Consensus Estimate for its current-year earnings has increased 0.4% over the past 60 days. The company’s expected earnings growth for the current year is 24.6%, higher than the Retail - Discount Stores industry’s expected rally of 6.6%.

Shoe Carnival, Inc. operates as a family footwear retailer in the United States. The company offers various dresses, casual and athletic footwear products for men, women, and children. The Zacks Consensus Estimate for its current-year earnings has moved up 3.7% over the past 60 days. The company’s expected earnings growth for the current year is 13.1% compared with the Retail - Apparel and Shoes industry’s projected decline of 2.2%.