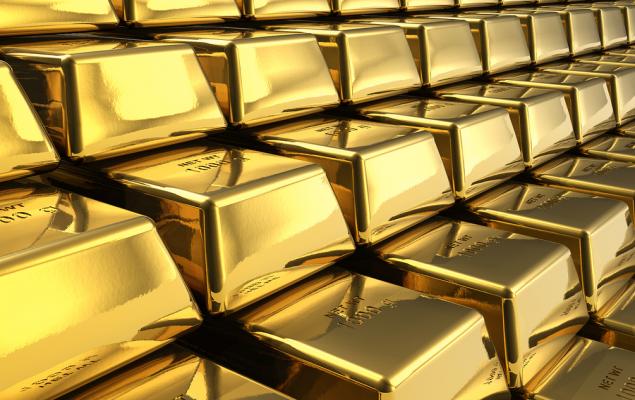 Royal Gold’s shares have gained around 15.9% over the past month outperforming the industry’s growth of 14.1%.

Royal Gold expects improved results backed by several positive catalysts, including the beginning of production at Cortez Crossroads, early deployment of the Peñasquito Pyrite Leach Project and production improvement at Rainy River. It will also be aided by Preliminary Economic Assessment (“PEA”) on the Peak Gold Project. Moreover, the company is focused on allocating its strong cash flow toward dividend payouts, debt reduction and new businesses.

Royal Gold's fiscal third-quarter 2019 sales performance was impacted by reduced gold and copper sales at Mount Milligan. The mill processing facility faced a temporary shutdown in early calendar-year 2018 due to lack of sufficient water sources. On Feb 27, 2018, Centerra — the operator of Mount Milligan mine — stated that it has received permit to access additional sources of groundwater and surface water until November 2021.  Mount Milligan commenced accessing water from the newly-permitted sources in the beginning of April this year. Further, Centerra projects mill throughput to be at full capacity of 55,000 tons per day, starting mid-May, and to remain at that level throughout the remainder of the current calendar year. Centerra expects these additional sources to supply enough water to relieve constraints on the mill operations, which have been affected since late 2017.

This February, Royal Gold entered into a silver mine life-purchase agreement with Khoemacau Copper Mining Limited (“KCM’’). The agreement highlights the purchase and sale of silver, produced from the Khoemacau Copper Project in Botswana. The deal is expected to act as a catalyst for the company.

Arconic has an estimated earnings growth rate of 36.76% for the current year. The stock has appreciated 45.7% in a year’s time.

Flexible Solutions has an outstanding projected earnings growth rate of 342.9% for the current year. The company’s shares have surged 177.4% in a year’s time.

Fortescue Metals has an impressive estimated earnings growth rate of 294.2% for the ongoing year. Its shares have rallied a whopping 122.2% over the past year.