Look Beyond the Permian: Focus on 4 Eagle Ford Oil Producers

For several years now, the Permian basin has been considered the most significant shale field in the United States. As the prolific region soaks up the spotlight, another unconventional play – the Eagle Ford in Texas – is slowly eying a comeback post the oil bust. In particular, over the past 12 months, the basin has seen steady output growth and a flurry of M&A activity.

Make no mistake, the Permian Basin still remains the most sought-after unconventional basin and continues to post the biggest production gains in the United States. However, pipeline bottlenecks out of the region, which is expected to last through the most of 2019, has triggered spending outside of the Permian with one of the beneficiaries being the Eagle Ford.

The Eagle Ford Shale is already a well-known domestic oil play that churns out around 16% of America’s daily crude. But the producing basin is likely to experience heightened activity in the near-to-medium term with a portion of Permian capital landing in this rich oil and gas-producing formation.

A sedimentary rock formation spread over 400 miles across Texas, the Eagle Ford Shale stretches from the Mexican border in the west to the Texas-Louisiana border in the east. It’s roughly 50 miles wide with massive recoverable oil and natural gas resources. Per the U.S. Geological Survey, Eagle Ford has an estimated average of 8.5 billion barrels of oil, 66 trillion cubic feet of natural gas, and 1.9 billion barrels of natural gas liquids there for the taking.

By now, it is well documented that serious logistical constraints in West Texas’s Permian ‘super basin’ forced operators in the region – especially those without committed pipeline capacity – to sell their produce at hefty discounts last year, which went up to $20 per barrel at one point. EIA’s latest Drilling Productivity Report puts Permian oil production at around 4.2 million barrels per day, ahead of the current pipeline capacity of about 3.5 million barrels per day.

While the situation has eased a lot following the expansion of the Sunrise Pipeline and partial conversion of the natural gas liquids carrier Seminole-Red line to a crude conduit, infrastructure to take oil out of the Permian Basin to U.S.Gulf Coast still remain inadequate. Consequently, producers in the fastest-growing shale in America will need to take minor cutbacks until the next phase of additional capacity buildouts come online by late 2019.

The Permian bottleneck issue has also compelled companies to shift drilling capital out of the area to other shale basins in the United States and the Eagle Ford has received a boost as a result.

Oil production from the Eagle Ford shale play is expected to revolve around 1.4 million barrels a day, according to the most recent figures available. One must also note that the formation has strongly rebounded from the low of 1.1 million barrels of a day in August 2017. Meanwhile, some 71 drilling rigs are currently active in the region.

Investment in Eagle Ford is picking up as well. According to consulting firm Deloitte, M&As in the field hit a whopping $10 billion last year – second only to Permian’s $25.7 billion. While not as ‘hot’ as the Permian, the region’s cheap acreage, coupled with proximity to the pipelines and refineries in the Gulf Coast, keeps the assets very relevant indeed. Finally, with oil prices likely to head higher, output in this shale play is expected to stay strong.

With the hectic pace of drilling activity set to continue in the Eagle Ford play and investor’s strong appetite for stocks focused in that region, we present four companies, each carrying Zacks Rank #3 (Hold), that investors should watch out for.

EOG Resources, Inc. (EOG - Free Report) is the largest crude producer and acreage holder in the Eagle Ford shale, boasting of more than 500,000 net acres. The company has identified 7,200 locations — both drilled and undrilled — with resource potential of around 3.2 billion barrels of oil equivalent.

Marathon Oil Corporation MRO has 145,000 net acres in the Eagle Ford. In the first quarter, Marathon Oil churned out an average of 105 thousand barrels of oil equivalent per day (62% oil) from the play. The company’s holdings in the area is a significant contributor to its free cash flow on the back of strong of well performance.

SM Energy Company SM controls around 165,000 net acres in the Eagle Ford. The company is planning to drill 28 and complete 18 net wells in 2019. 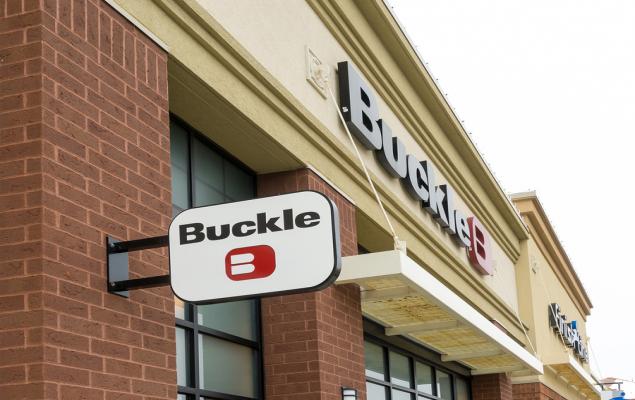