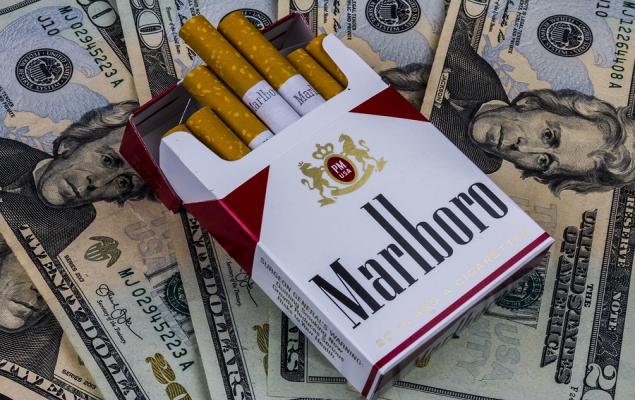 Philip Morris International Inc. (PM - Free Report) reported second-quarter 2019 results on Jul 18, before the market opened. Earnings topped estimates on higher revenues and shipment volumes in the heated tobacco category along with favorable pricing. Moreover, the company raised its earnings guidance for 2019. Since the earnings release, Philip Morris’ shares have gained about 7% to close at $86.75 on Jul 23.

Net revenues of $7,699 million surpassed the Zacks Consensus Estimate of $7,352 million. However, the top line declined 0.3% year over year. However, the metric increased 5.4% at constant currency (cc) on favorable pricing across most regions. Sluggish revenues from combustible products across all regions, except South & Southeast Asia and Middle East & Africa, affected the top-line numbers.

Philip Morris raised its guidance for 2019. Adjusted earnings are now expected at $5.14 compared with the earlier forecast of $5.09. The revised view reflects growth of almost 6% from the year-ago quarter’s figure. Excluding the impact of unfavorable currency of approximately 14 cents, earnings are projected to rise at least 9% to $5.28.

Some consumer staples ETFs with significant exposure to Philip Morris seemed to have benefited on Jul 18 (see all Consumer Staples ETFs here).

This fund is one of the most popular funds in the Consumer Staples sector of the United States. It has AUM of $5.19 billion and charges a fee of 10 basis points a year. From a sector-look, Household products, Soft drinks and Packaged Foods & Meats have the highest exposure to the fund, with 22.1%, 20.4% and 17.4% allocation, respectively. It has 5.7% exposure to Philip Morris.

This fund offers exposure to the Consumer Staples sector of the United States at a very low expense ratio. It has AUM of $542.5 million and charges a fee of 8 basis points a year. From an industry-exposure look, Beverages, Household Products and Food & Staples Retailing have the highest exposure to the fund, with 24.5%, 22.4% and 20.7% allocation, respectively. It has a 6.85% exposure to Philip Morris. The fund has returned 12.8% in a year and 17.8% year to date.

This ETF tracks the Dow Jones U.S. Consumer Goods Index, giving investors exposure to the broad Consumer Staples space. It has AUM of $465 million and charges a fee of 43 basis points a year. From a sector-look, Food Beverage Tobacco, Household & Personal Products and Consumer Durables have the highest exposure to the fund, with 46.3%, 22.5% and 15.4% allocation, respectively. It has an exposure of 6.15% to Philips Morris.