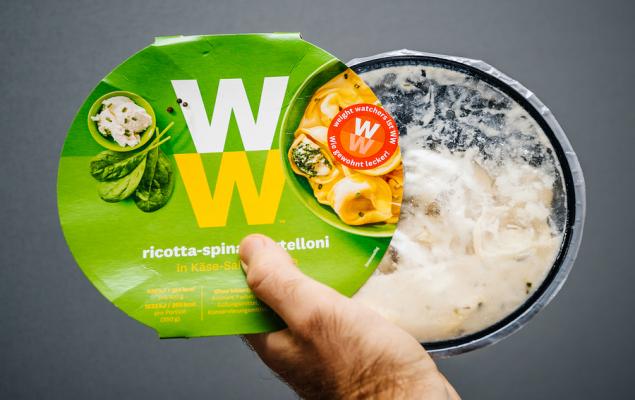 Let’s see if Weight Watchers can sustain the solid momentum witnessed yesterday, and bring a turnaround to its stock performance, going forward. Notably, the company’s shares have dropped roughly 6.2% in the past three months compared with the industry’s decline of 3.7%. The company has been witnessing year-over-year decline in top and bottom lines for two straight quarters now, including the second quarter of 2019.

Weight Watchers reported quarterly earnings of 78 cents a share that exceeded the Zacks Consensus Estimate of 65 cents but fell 22.8% from the year-ago period.

Total revenues of $369 million decreased 9.9% from $409.7 million in the year-ago quarter. On a constant-currency (cc) basis, the metric fell 8.1% year over year. Further, the figure missed the consensus mark of $375 million. Favorable member retentions and new recruitments drove revenues to some extent. Also, the company witnessed record second-quarter subscriber level.

Gross profit came in at $215.8 million, down 11.8% from the prior-year quarter. Further, gross margin contracted 120 bps to 58.5%. However, the performance was better than anticipated, courtesy of efficient cost management. Meanwhile, SG&A expenses declined 2.1% to $29.4 million.

During the quarter, operating income declined 17.4% to $105.5 million and operating margin contracted 260 bps to 28.6%. This decline can be attributable to operating deleverage on dismal revenues in the quarter.

Segment-wise, service revenues declined 8.7% to $313.8 million in the reported quarter. Revenues in this segment decreased 6.9% at cc, owing to low studio member recruitment. Revenues in the product sales and other segment lost 16.3% year over year to $55.3 million and declined 14.5% at cc on account of lower product sales.

This Zacks Rank #3 (Hold) company ended the quarter with cash and cash equivalents of $180.6 million, long-term debt of $1,584.5 million and total shareholder deficit of approximately $770.2 million. As of Jun 29, 2019, Weight Watchers had no outstanding loan under its $150-million revolving credit facility.

For 2019, the company anticipates revenues of approximately $1.4 billion. This includes a negative impact related to foreign exchange to the tune of $20 million. Having said that, Weight Watchers projects further improvement in recruitment trends. Subscription revenues are expected to be roughly 85% of total revenues in 2019.

Going ahead, gross margin is forecasted to contract nearly 150 bps in 2019, better than the earlier view of a decline of 200 bps. This improvement may be attributable to better digital mix and continued cost savings. The metric is expected to contract 300 bps each in third and fourth quarters, owing to higher inventory reserves and preparations related to new launches.

EBITDA is projected to be roughly $360 million in 2019 backed by solid cash generation. These apart, the company expects product sales to get back on track in the second half of 2019, driven by improved products and better studio attendance. Additionally, management intends to launch a new program in the fourth quarter to boost subscriber growth in 2020.

Capital expenditure is expected to be $60 million, while the effective tax rate is anticipated to be about 25% for the year.

SP Plus Corporation (SP - Free Report) has a Zacks Rank #2 (Buy) and a long-term earnings growth rate of 10%.

Care,com, Inc has an expected long-term earnings growth rate of 15% and a Zacks Rank #2.