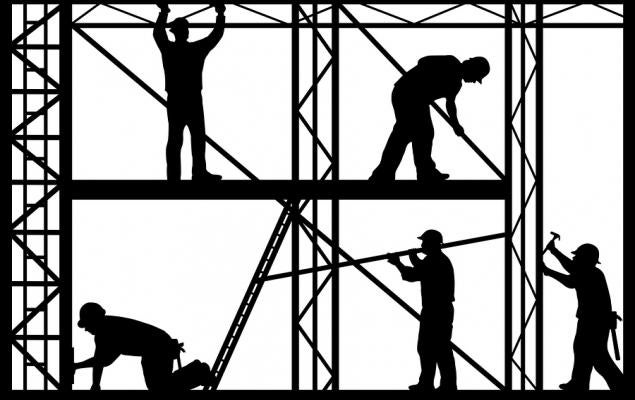 MasTec, Inc. (MTZ - Free Report) has been gaining investors’ faith on strong contribution from Power Generation and Industrial, Electrical Transmission and Oil and Gas segments. Year to date, the stock has rallied 48.4% compared with the industry’s 16.4% growth. Also, the company has outperformed the S&P 500’s 15.1% rise in the said period. The price performance is backed by MasTec’s solid earnings surprise history. Notably, the company’s earnings surpassed analysts’ expectations in the trailing 15 quarters.

Recently, MasTec came up with stellar second-quarter 2019 results, wherein adjusted earnings and revenues handily beat analysts’ expectation by 42.9% and 7.2%, respectively. Also, its top and bottom lines grew 54% and 19.9% year over year, respectively. This was primarily attributed to 71.4%, 21.8% and 18.8% y/y higher revenues from Power Generation and Industrial, Oil and Gas, and Electrical Transmission segments, respectively.

Notably, earnings estimates for 2019 and 2020 have been upwardly revised by 0.6% and 2.6%, respectively, over the past 30 days, suggesting that sentiments on MasTec are moving in the right direction. This depicts bullish analysts’ sentiments and justifies the company’s Zacks Rank #1 (Strong Buy), indicating robust fundamentals and the expectation of outperformance in the near term. You can see the complete list of today’s Zacks #1 Rank stocks here. 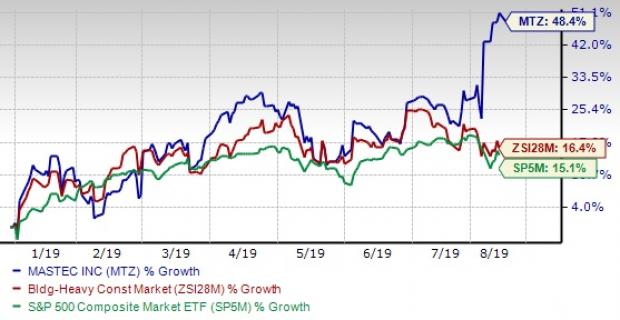 Solid Backlog to Drive Revenues: As of Jun 30, 2019, the company achieved a 18-month backlog of $7.8 billion, reflecting an increase of $51 million from the comparable prior-year period. Its backlog position depicts strong demand in end-markets served in 2019 and beyond. MasTec is poised to gain from significant project awards across multiple segments.

Based on strong backlog and recent awards, 2020 is expected to shape up well, with accelerating growth potential especially across communications, transmission, and power generation segments.

Upbeat View: During the second quarter conference call, the company boosted its 2019 guidance for revenues, adjusted EBITDA and adjusted EPS. MasTec upwardly revised revenue expectation to roughly $7.7 billion from prior projection of $7.6 billion. Adjusted EBITDA is now projected at $836 million versus $795 million expected earlier, with adjusted EBITDA margin of 10.9%. Adjusted earnings per share are now anticipated to be around $5.04 ($3.77 in 2018) versus $4.55 expected earlier.

MasTec has solid growth prospects, as is evident from the Zacks Consensus Estimate for 2019 earnings of $4.99 per share, which indicates 32.4% year-over-year growth. Moreover, its revenues are expected to increase 11.4% from 2018.

Overall, it constitutes a great pick in terms of growth investment, supported by a Growth Score of A.

Inorganic Moves to Bolster Footprint: MasTec rides high on solid acquisition strategy. During the first six months of 2019, it completed three acquisitions, one in the Oil and Gas segment and two within the Communications segment. During the first six months of 2019, acquisitions contributed approximately $75 million to total consolidated revenues. Given MasTec’s strong cash flow profile, it expects to continue evaluating the expected investment return associated with acquisitions and other strategic initiatives to grow operations, as well as share repurchase opportunities.

Superior ROE: MasTec’s return on equity (ROE) is indicative of growth potential. The company’s ROE of 23.4% compares favorably with the industry’s average of 14%, implying that it is efficient in using its shareholders’ funds.

KBR surpassed earnings estimates in all the trailing four quarters, with the average being 8.7%.

Jacobs has a three-five year expected EPS growth rate of 11%.

EMCOR’s earnings for the current year are expected to increase 15.9%.