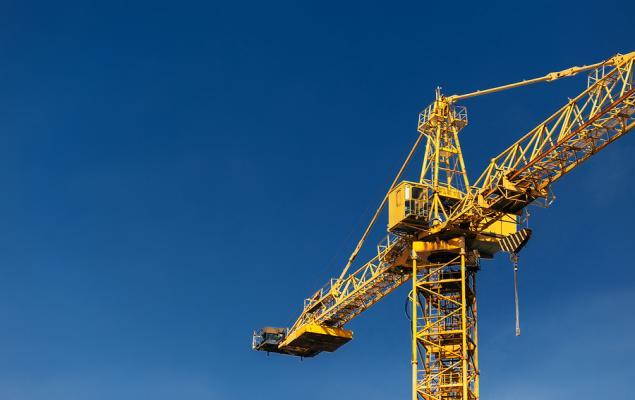 MasTec, Inc. (MTZ - Free Report) has been riding high on strong backlog and prospects from Oil & Gas, Communications, Transmission, and Power Generation segments. Shares of MasTec have jumped almost 57% so far this year, outperforming its industry’s 19.2% rally. On a further encouraging note, the company’s earnings have surpassed the Zacks Consensus Estimate for 15 consecutive quarters.

Earnings estimates have been upwardly revised over the past few weeks, suggesting that sentiments on MasTec are moving in the right direction. Earnings estimates for 2019 and 2020 have moved 9.2% and 4.7% upward, respectively, over the past 60 days. This positive trend signifies bullish analysts’ sentiments and justifies the company’s Zacks Rank #1 (Strong Buy), indicating robust fundamentals and the expectation of outperformance in the near term. You can see the complete list of today’s Zacks #1 Rank stocks here.

What Makes MasTec a Solid Bet?

Oil & Gas Business Unlocks Significant Opportunities: Backed by improving commodity price environment and a solid U.S. market, including the shales and an improving environment in the rest of North America, the Oil & Gas business (accounting for 48.3% of its second-quarter revenues) is well poised to grow in the coming years. In addition to opportunities in the United States, Mexico has implemented energy regulation reforms to authorize and attract foreign investment in the energy sector for expanding and revitalizing its energy industry. These initiatives call for a significant shift from fuel oils to environmentally sensitive and cleaner natural gas.

Solid Prospects in Communication Segment: MasTec’s wireless business has significant potential, given expectation of substantial investments in wireless infrastructure related to densification associated with 5G deployment. Meanwhile, fiber expansion continues to be a major growth driver in wireline markets served by the company.

MasTec’s Communications segment, which accounted for 33.6% of total second-quarter 2019 revenues, will benefit from multi-year demand for tower, small cell and fibre deployments, along with the execution of transformational 5G wireless. The company expects approximately 20% growth in both wireline and wireless markets in 2019. Communication revenues in the second quarter increased to $653 million from $619 million a year ago, backed by strong double-digit growth in wireline and wireless businesses.

Upbeat Views: During the second-quarter earnings call, MasTec lifted its 2019 guidance based on strong backlog and recent awards. The company also remains optimistic for 2020, with accelerating growth potential. As of Jun 30, 2019, the company achieved a 18-month backlog of $7.8 billion, reflecting an increase of $51 million from the comparable prior-year period. This backlog position depicts strong demand in end-markets served by the company in 2019 and beyond. MasTec now expects revenues to be roughly $7.7 billion, up from prior projection of $7.6 billion. Adjusted EBITDA is now projected at $836 million versus $795 million expected earlier, with adjusted EBITDA margin of 10.9%. Adjusted earnings per share are now anticipated to be around $5.04 ($3.77 in 2018) versus $4.55 expected earlier.

The company has solid prospects, as is evident from the Zacks Consensus Estimate for 2019 and 2020 earnings of $4.98 and $5.40 per share, which indicates 32.1% and 8.5% growth, respectively, on a year-over-year basis. Overall, it constitutes a great pick in terms of growth investment, supported by a Growth Score of A.

Superior ROE: MasTec’s return on equity (ROE) is indicative of growth potential. The company’s ROE of 23.4% compares favorably with the industry average of 14%, implying that it is efficient in using its shareholders’ funds.

North American Construction’s earnings growth is projected at 228.6% for 2019.

EMCOR’s earnings for the current year are expected to increase 16.5%.