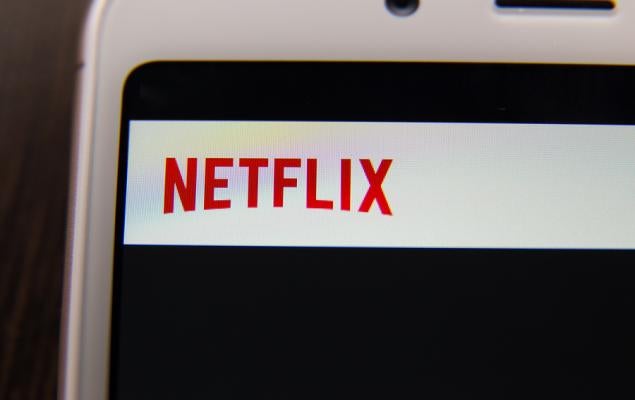 Per CNBC that cited a report by Los Angeles Times, the show will be available on the streaming giant’s platform in the United States, after the end of Sony’s current deal with Hulu in June 2021. Netflix will also stream the show, which is currently available on Amazon Prime, in international markets.

Seinfeld’s broad appeal is expected to strengthen Netflix’s content portfolio, which has been its major growth driver over the years. The company has amassed more than 151 million subscribers globally based on both original productions like Stranger Things and third-party shows like Friends and The Office.

Moreover, the availability of the show to Netflix’s international audience is expected to boost its footprint. Further, the recently inked deal with Vivendi’s Canal+ reflects the company’s focus on expanding presence in the international PayTV market.

Notably, the company blamed weak content slate for lower subscriber growth in the last reported quarter. Further, the loss of streaming rights of Friends and The Office to WarnerMedia’s HBO Max and Comcast’s CMCSA NBCUniversal was a major setback for Netflix.

Moreover, Disney DIS is set to pull its movies and shows out from the platform, ahead of the Disney+ launch on Nov 12. Soon, BBC might also reclaim its content from Netflix as it gears up to launch Britbox.

The company has to continuously replace third-party popular shows with newer content to keep its users engaged. The acquisition of Seinfeld’s streaming rights is a step toward that direction.

Netflix lost paid subscribers in the domestic market in the last reported quarter, due to the hike in subscription prices. Notably, its subscription price is higher compared to Apple’s (AAPL - Free Report) upcoming service Apple TV+ and Disney’s bundle of Disney+, ESPN+ and Hulu.

However, International subscriber growth remained strong in the said quarter. Netflix recorded 91.46 million paid members that increased 33.7% from the year-ago quarter. For the third quarter, the company expects paid subscriber addition of 6.2 million in the International segment, up 22.3% year over year.

Moreover, we believe the recent deal with Canal+ in France is a positive for the company as it will boost its international presence.

Per Reuters, the new Canal+ Netflix integrated bundle worth €35 will be available in France from Oct 15. Notably, Netflix, which has almost 6 million subscribers in France, charges monthly subscriptions between €7.99 and €15.99. The Canal+ bundle will later be expanded to other European markets.

Netflix has also expanded its presence in the U.K. by establishing a dedicated production hub at the Shepperton Studios in Surrey, near London. The company has several U.K.-based projects set to be filmed this year, including Jingle Jingle, Cursed and The English Game. Reportedly, the company has roughly 10 million subscribers in the U.K.

Netflix is working on projects across Mexico, Spain, Italy, Germany, Brazil, France, Turkey and the entire Middle East. It also has a strong slate of shows for India, including 12 local-language original series and 20 local language films.

Recently, Netflix inked a deal with India’s well-known filmmaker Karan Johar-owned Dharma Productions to develop original shows and movies. The slate of new shows is expected to help the company achieve its goal of 100 million customers in India and solidify footprint amid intensifying competition from Apple TV+, Amazon Prime and Hotstar.