Canadian Solar's high efficiency bifacial BiHiKu modules will be installed on these three projects. In addition to these projects, the solar module manufacturer aims to develop and build a 127 MWp project in the southeast of Brazil, which is expected to start operation before January 2023.

Most of the energy generated by these plants will be bought under long-term power purchase agreement (PPA). These solar plants mark yet another success for the company in expanding its Latin-Amercian footprint, wherein it currently has more than 2 GWp of awarded and contracted PPAs.

Brazil is currently one of the fastest-growing solar markets in the world, attracting a number of investors. Per a report by the Brazilian Ministry of Mines and Energy (MME), the nation has a total of 160 gigawatts (GW) in installed capacity, of which 77% is from renewable resources.

While wind power is the second-largest source of renewable energy in Brazil at present, new solar energy developments are likely to rival investments in wind power during the long term. It is imperative to mention that solar energy, which already accounts for 2.1 GW installed capacity in Brazil, is expected to reach 3.7 GW by 2022.

In fact, investments in utility-scale solar energy projects are already lowered at the energy auctions. It will reach a value more of than $5 billion by 2022. These indicate the government’s initiatives to rapidly boost the nation’s renewable footprint.

With Brazil being the largest electricity market in Latin America, solar module providers like Canadian Solar have ample opportunities to enhance business in the nation. In fact, a past few incidences have reflected the government of Brazil’s preference for Canadian Solar as the nation’s module supplier.

To this end, it is imperative to mention that the company won 51.1 MWP solar PV projects in Brazilian auctionduring July this year. Next in August, Canadian Solar clinched a $120-million non-recourse financing from Brazilian bank — Banco do Nordeste do Brasil S.A. (BNB) — for its Francisco Sa and Jaiba solar projects. In fact, BNB is funding in multiple projects of Canadian Solar's plan to build one of the largest high efficiency bi-facial solar power plants in Latin America. These reflect the predominance that Canadian Solar enjoys in the solar market of Brazil. The latest deals secured by the company will help it retain that predominant position.

While Brazil remains a lucrative market for solar players’ expansion, the global solar market as a whole has been rallying since the beginning of 2019. This reflects a significant improvement from the last year. Notably, Wood Mackenzie Power & Renewables now projects global solar PV installations to reach a new high of 114.5 gigawatts in 2019, up 17.5% over 2018.

Given this global solar market prospect, we believe Canadian Solar’s geographically-diverse customer base across the key markets of the United States, China, Japan, the U.K. and Canada as well as the emerging markets like India, Mexico, Italy, Germany, South Africa and the Middle East should boost its profitability.

Of late, the company has further expanded its global late-stage project pipeline into nations like Argentina, Australia and South Korea. 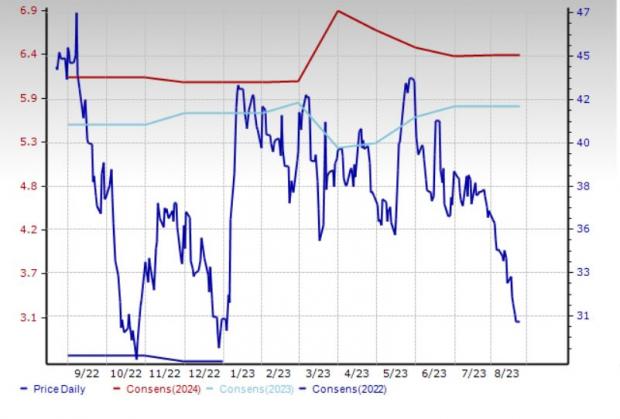