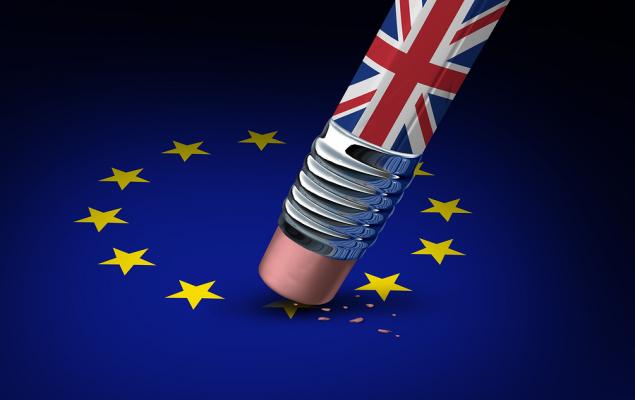 British and EU negotiators finally struck an EU-UK split deal after days of negotiations and nearly three years of intense dialogues. The deal will take U.K. out of the bloc on Oct 31 in an "orderly" fashion. However, the deal is yet to get a shape and British prime minister Boris Johnson’s Irish allies in the parliament do not back it.

Northern Ireland’s Democratic Unionist Party (DUP) is concerned about customs checks in the Irish Sea, among other things. Much of the confusion over Brexit has so far been related to the dealing of hard border on Ireland as a result of the separation from the EU, per Bloomberg.

The DUP does not want Northern Ireland to be treated any differently from the rest of the U.K. Under Johnson’s new deal, the Northern island region would still be “subject to some of the EU’s single market rules to mitigate the need for customs checks on the border with Ireland. That would, in effect, put a customs border in the Irish Sea,” per Bloomberg. Without Northern Irish allies, Johnson needs to grab roughly 61 votes from a pool of about 75 deputies who might be influenced to join him.

If Johnson is able to strike the deal, the following ETFs should see a surge. However, any deviation in the prime minister’s plan would likely result in a “no deal” Brexit and the below-mentioned ETFs will underperform in such a case.

The British pound sterling is the official currency of the United Kingdom. The pound could rally on a report that the EU and UK has managed to beat obstacles to a deal relating to DUP opposition. If there is a deal, FXB should gain.

Though Johnson's Brexit deal would mean considerable economic suffering as new trade barriers would lower national income per person by 2.5% after 10 years, compared to being part of the European Union, the new deal scenario would be a better case than a no-deal. So, EWU might gain if a deal is cracked.

A proper Brexit deal should boost riskier assets worldwide, including global stocks s political risks will ebb. However, any boost from the Brexit deal is likely to be short-term in nature as the markets will likely focus on economic and financial disruption caused out of Brexit, in the long term.

Momentum investing is an intriguing idea for those seeking higher returns in a short spell. It looks to reflect profits from buying stocks that are sizzling on the market. The underlying MSCI USA Momentum Index measures the performance of U.S. large and mid-capitalization stocks exhibiting relatively higher momentum characteristics.

Britain acts as a financial powerhouse of Europe. Thus, EUFN should see relatively smooth trading, if there is a proper Brexit deal. Also, more monetary stimulus in the Euro zone means more activities in the economy and greater dependence on financial institutions.

This is one of the most vulnerable sectors as issues related to “landing rights, pilot licenses and the trade of aircraft parts across borders” have arised. Thus, a full-proof Brexit deal could pave the way for more gains for the airlines ETF JETS.

ETFs to Gain as Homebuilders Sentiment Continues to Rise