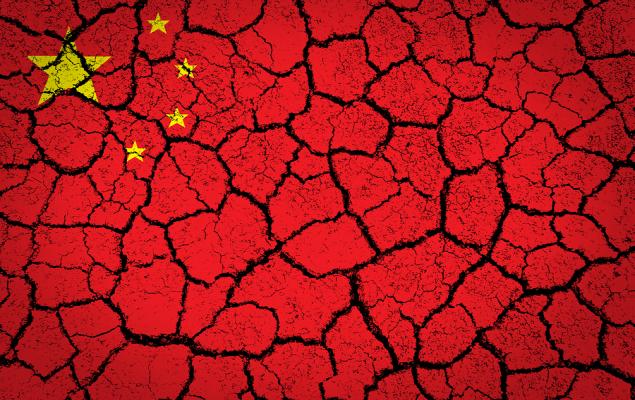 Chinese energy giant PetroChina Company Limited (PTR - Free Report) announced third-quarter 2019 earnings per ADR of 68 cents that missed the Zacks Consensus Estimate of $1.45 and were below the year-ago profit of $1.69.

Upstream: PetroChina posted higher upstream output during the nine months ended Sep 30, 2019. Crude oil volumes – accounting for 58.6% of the total – rose 2.9% from the year-ago period to 682.7 million barrels, while marketable natural gas output was up by 8.7% to 2,892.8 billion cubic feet. As a result, PetroChina’s overall production of oil and natural gas increased 5.2% year over year to 1,165 million barrels of oil equivalent. Of the total, domestic output contributed 1,005 million barrels of oil equivalent (up 5% year over year), or 86.3%.

The rise in production buoyed the upstream (or exploration & production) segment operating income to RMB 76,935 million, rising significantly from the year-ago profit of RMB 57,884 million. A tight leash on oil and gas lifting cost, that decreased 1.7% compared with the same period of last year, also helped results.

This was partly offset by drop in commodity prices. Average realized crude oil price during the first three quarters of 2019 was $61.49 per barrel, 9.5% lower than the year-ago period. Meanwhile, average realized natural gas prices – at $5.49 per thousand cubic feet – decreased 4%.

Downstream: The Beijing-based company’s ‘Refining & Chemicals’ business generated an operating income of RMB 7,133 million. This was down 81.7% from the year-earlier period earnings of RMB 38,906 million. The plunge in the downstream division was due to domestic refined products oversupply, narrowing profit margin and lower chemicals prices, which more than offset the impacts of strict cost control, optimized resource allocation and increased production of high-value products.

Natural Gas & Pipelines: A rise in sales price and volume of domestic natural gas, optimal utilization of its marketing channels and resources, together with pipeline transportation profitability helped the Chinese behemoth’s segment earnings.

All these factors drove the segment’s income to RMB 21,950 million in the period under review, improving from the year-earlier profit of RMB 19,719 million.

However, PetroChina lost money to the tune of RMB 21,764 million on the sales of imported natural gas and liquefied natural gas (LNG) from Central Asia and Burma. The losses were wider compared with the first three quarters of 2018 due to foreign exchange effects and higher procurement costs.

Marketing: In marketing operations, the state-owned group sold 138,680 thousand tons of gasoline, diesel and kerosene during the nine-month period, edging up 0.8% year over year. However, the slightly incremental volumes were nowhere near offsetting the impacts of domestic refined products supply glut, lower pricing and the pitfalls of a cutthroat competitive environment. All these dragged down PetroChina’s Marketing segment profit to just RMB 422 million from RMB 6,424 million recorded in the same period last year.