Shares of Insperity, Inc. NSP have declined 21.9% on a year-to-date basis against the 1.9% growth of the industry it belongs to. 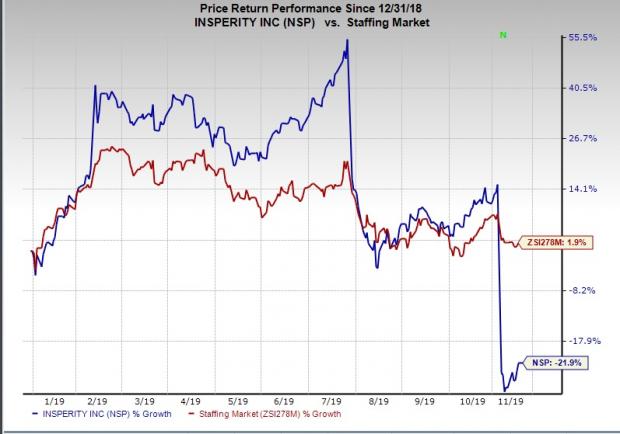 Let’s delve deeper into the factors which have led to the company’s underperformance.

These increasing expenses are likely to keep the bottom line under pressure going forward.

Insperity operates in a highly fragmented and competitive professional employer organization (PEO) industry. Competition in this industry persists mainly in terms of quality of services offered, coupled with benefits associated with packaging and pricing. Additionally, the industry is exposed to relatively low level of market penetration. Also, PEO’s are heavily dependent on climatic conditions and market segments of the areas in which they operate.