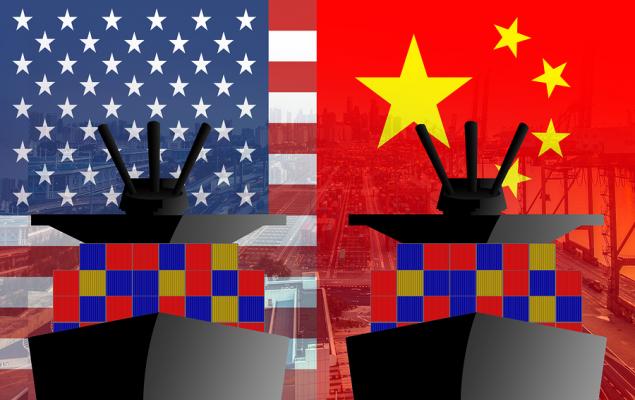 The latest buzz is that the Trump administration has cut a trade deal in principle with China, though it is awaiting approval from President Donald Trump. However, per CNN, the President has signed off the initial trade agreement with China.

The agreement has supposedly been done in return of a Chinese promise to buy American farm goods, U.S. officials and others familiar with the agreement said. However, per CNBC, negotiation is still continuing on China’s farm purchases.

Whatever the case, increasing optimism about an initial level trade boosted markets on Dec 12. Three key U.S. equity gauges gained in the key trading sessions as well as in after markets. Below we highlight the sector ETFs that are going to benefit from a trade deal.

Per Morgan Stanley equity strategists, “semiconductor and semiconductor equipment companies have the highest revenue exposure to China at 52%” and are thus exposed to maximum risks on rising trade tensions (read: 5 ETFs That Deserve Special Thanks in 2019).

Tech companies that have extensive trade relations with China would be at high risk of falling prey to the trade war. In fact, Goldman Sachs has compiled a list of companies with considerable revenue exposure to China. These companies’ revenues are 14% exposed to China, per a CNBC article.

China targeted imports of U.S. agricultural products as a way of retaliation. U.S. farm exports dropped from a high of $25 billion in recent years to below $7 billion in the 12 months through May, according to Commerce Department data, quoted on Wall Street Journal. Farm exports to China started to recover in recent months as the two sides started to negotiate, but is still 60% lower than their pre-trade war peak.

Both steel and aluminum are vital to the production of cars and trucks sold in America and would considerably push up the sale prices of those vehicles. U.S. auto companies earn about 12% revenues from China. With Beijing slamming tariffs on U.S. auto imports, First Trust NASDAQ Global Auto Index Fund CARZ would now get some relief.

It is a double-edged sword for energy companies. First, Donald Trump’s levy of tariff on steel and aluminum imports became a pain for U.S. oil pipeline companies as it pushed up their raw material prices. On the other hand, China enacted levies on U.S. oil imports in retaliation to U.S. tariffs.” Energy companies have about 14% exposure to China. ETFs that could now gain are Energy Select Sector SPDR ETF XLE and Alerian MLP ETF AMLP (read: Time to Buy Beaten Down Oil ETFs).