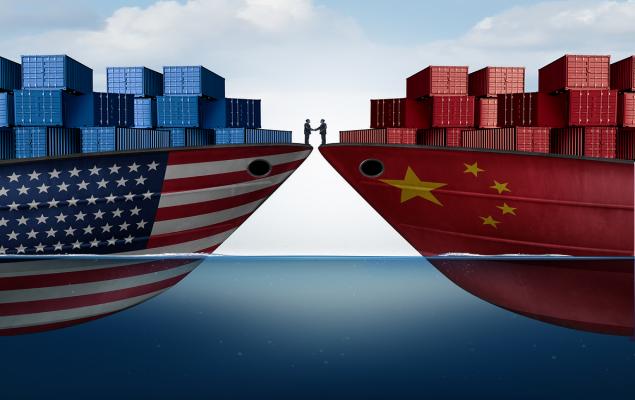 Offering a sigh of relief to worried investors who were apprehensive about Trump regime’s imposition of the scheduled December 15 tariffs, the world’s two largest economies, United States and China, announced negotiating a phase-one trade deal.

U.S. Trade Representative Robert Lighthizer provided some details of the deal, which are yet to be signed by the senior officials from both countries. Within the trade pact, the United States agreed to lower its 15% tariff to 7.5% on about $120 billion worth of Chinese goods.

The country also suspended indefinitely tariffs on roughly $160 billion of Chinese consumer goods,scheduled to be imposed on Dec 15.

Meanwhile, China is committed to expand its total U.S. goods and services purchases by at least $200 billion over the next couple of years. This includes Beijing’s agreement to raise its U.S. agricultural product purchases to $40-$50 billion in each of the next two years (read: ETFs in Focus as Trade Tussle Dampens Chinese Exports).

China also strongly agreed to the partial trade accord to enhance the protection of U.S. intellectual property, regulate the forced transfer of American technology to Chinese firms, make its financial services market accessible to U.S. firms and refrain from currency manipulation.

While the broader stock market is expected to benefit from positive developments in trade talks, momentum investing will likely take charge as investors seek greater returns in the short term. Momentum investing looks to fetch profits from hot picks that have shown an uptrend over the past few weeks or months.

Growth stocks are high in quality and are likely to witness revenue and earnings growth at a faster rate than the industry average. Growth funds tend to put up an impressive show during an uptrend.

Merry Christmas for Wall Street: Bet on These Momentum ETFs