Leidos (LDOS) to Acquire Dynetics for $1.65 Billion in Cash

Leidos Holdings, Inc. (LDOS - Free Report) recently signed an agreement to acquire Dynetics, Inc., an industry-leading applied research and national security solutions company, for $1.65 billion in cash. The transaction was approved by the board of directors of both companies.

Leidos currently anticipates the acquisition to conclude in the first quarter of 2020 and expects to fund the transaction through a combination of cash in hand and incremental debt.

In recent times, rising focus on cost-reduction initiatives, widespread competition and desire for increased control over production procedures have prompted players from the defense industry to engage in mergers and acquisitions. Such transactions have increasingly gained importance, which enables companies to achieve desired growth by expanding operations, having access to new capabilities and emerging technologies, ultimately leading to enhanced quality of products and services and capturing increased shares in growing markets.

How Will Leidos Benefit From This Acquisition?

Leidos, this year, has delivered outstanding numbers in terms of revenues, primarily led by some major contract wins and acquisitions. The integration of Dynetics into Leidos’ portfolio will undoubtedly benefit the latter in exploring opportunities in high growth segments, which include hypersonics, space, directed energy and advanced weapons solutions.

Dynetics’ inclusion will also be pivotal for Leidos in strengthening relationships with the existing customer base of the former as well as fortifying its presence in the Defense, Intelligence and Civil markets. Notably, Dynetics’ customer base includes big and elite names such as the U.S. Army, Defense Intelligence Agency (DIA), Defense Advanced Research Projects Agency (DARPA), National Aeronautics and Space Administration (NASA), among others. This will provide added impetus to the company's plans for expanding into new markets.

Other Acquisitions Boosting Defense Space in 2019

The year 2019 witnessed some mega consolidations within the defense industry. Defense giants Raytheon Co. RTN and United Technologies Corp. UTX announced a merger of equals in June to create an aerospace and defense powerhouse with an estimated value of $166 billion. Another notable merger deal was completed with Harris Corporation and L3 Technologies joining forces to form L3 Harris Technologies LHX in July for $33.5 billion.

Notably, in the wake of the intensifying competition in the U.S. Aerospace sector, such consolidations are expected to boost overall efficiency as well as bring down costs. 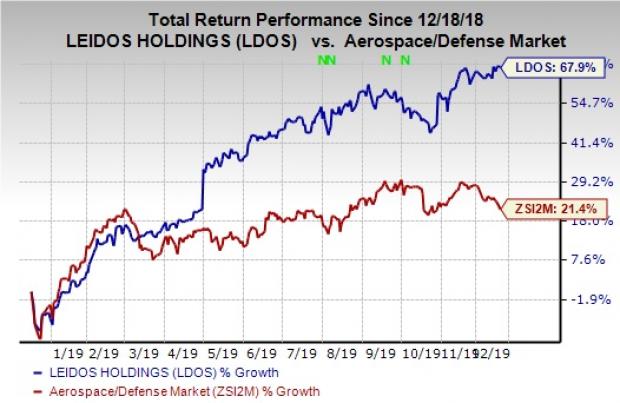