Ferraro has been with Avis Budget for 40 years during which he held several positions of growing responsibility. As president, Americas, Ferraro was responsible for the company’s Avis, Budget, Zipcar and Payless brands in North and South America, including the Caribbean and the Latin America.

Ferraro succeeds Larry De Shon whose planned departure as announced by the company in May. The search committee that was formed at that time will continue to search for a permanent replacement while Ferraro serves on an interim basis.

Leonard S. Coleman, chairman of the board, stated “We are fortunate to have a deep bench of talent at Avis Budget Group, and we are confident that Joe and the rest of our management team will continue to provide steady leadership as we continue our search for a permanent CEO.”

Avis Budget shares have gained a massive 42% over the past year, significantly outperforming the 13.6% rally of the industry it belongs to. 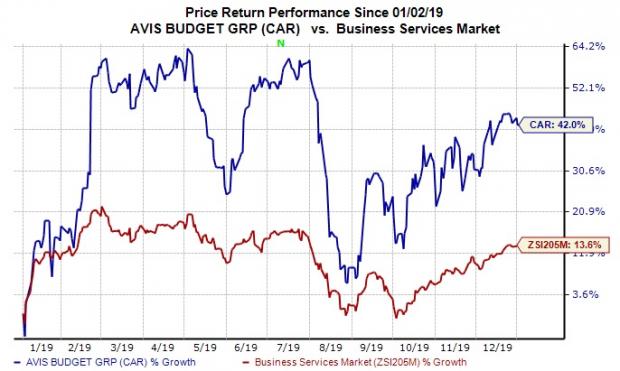