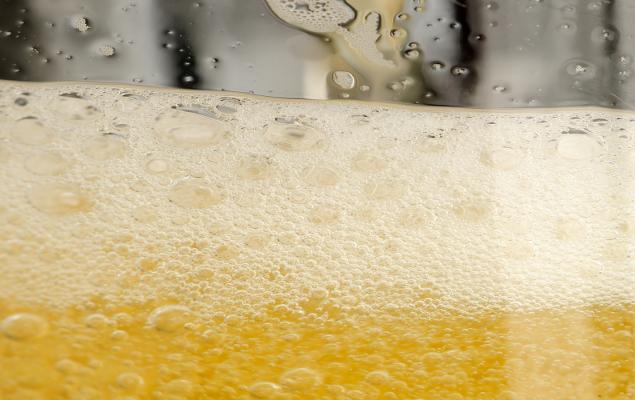 Intending to revitalize and restructure its business, Molson Coors Beverage Company (TAP - Free Report) has decided to stop production at its Irwindale, CA-based brewery by September 2020. The move is in sync with the company’s efforts to get back on growth trajectory by optimizing brewery footprint and streamlining operations for improved efficiency across its network. It notes that extra capacity across its brewery network will be sufficient to absorb the Irwindale facility’s production.

Concurrent with the announcement, the company also signed an agreement with Pabst Brewing Co., which gives the latter the option to buy the Irwindale facility.

The Irwindale facility, which was set up in 1980, has a production capacity of 4.8 million barrels of beer annually. It employs about 470 people. Some of the brands produced in the facility include Miller Lite, Coors Light, Miller High Life, MGD, Steel Reserve, Miller 64 and several brands for Pabst. The company expects to transition the production of the products currently produced in the facility to other breweries in the next nine months. The breweries where it plans to shift the Irwindale facility’s production are the Golden brewery in Colorado and Fort Worth facility in Texas.

Further, the company stated that the revitalization plan, announced in October 2019, is not all about ceasing production at the Irwindale facility. Moreover, it notes that the closing of the facility will also not affect its existing cost-saving target.

Molson Coors’ revitalization plan is aimed at achieving sustainable sales growth by improving efficiency and unlocking resources to reinvest in business opportunities. To do this, it intends to invest in iconic brands and growth opportunities in the above-premium beer space; expand in adjacencies and beyond beer, without hampering the support for its existing large brands; and create digital competencies for commercial functions, supply-chain-related system capabilities and employees. To facilitate these investments, the company plans to generate savings of $150 million by simplifying structure.

As part of the revitalization plan, Molson Coors also intends to reduce its office footprint to drive efficiency and enable growth. For this, it will close the Denver office and designate the Chicago office as the headquarters of the North America business unit. Further, it will consolidate corporate support roles from various offices across the country to its Milwaukee, WI-based office.

Consequently, the Zacks Rank #3 (Hold) company expects to reduce headcounts by 400-500, primarily in the existing United States, Canada and International segments as well as Corporate operations. It expects these consolidations to be completed by the end of 2021. These actions are likely to attract cash and non-cash charges of $120-$180 million, which will be spread between 2019, 2020 and 2021.

Despite these efforts, shares of the Denver, CO-based company have declined 10.7% in the past year against the industry’s growth of 16.6%. 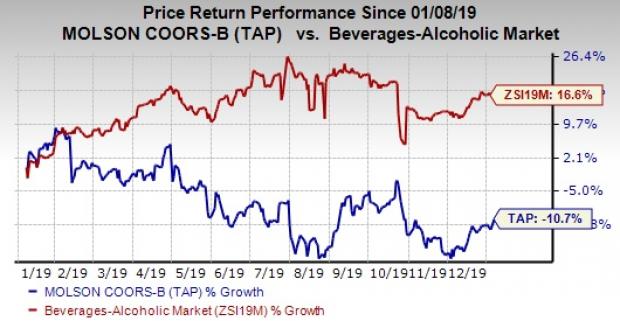 Add These 3 High Yield Dividend Stocks to Portfolio for 2020