What To Buy If The Market Corrects

The S&P 500 (SPY - Free Report) has traded up to its highest forward P/E since the early 2000s, and I believe that a pullback may be on the horizon. I’m not alone in this thinking with the put/call ratio on SPY’s (most traded ETF in the market) is 3.8 for February 21st expiration, meaning that almost 4 times as many people are betting against the market than for it.

The broader markets have priced in substantial growth for 2020 and 2021, and if this doesn’t come to fruition, the market has room to fall. The rising tensions with Iran cannot be ignored and their call for revenge following the US’s assassination of a top general. Any attack by Iran would have a devastating effect on the markets.

I don’t think a recession is on the short-term horizon, but a correction seems likely. It is going to create a great buying opportunity for some of my favorite stocks of the future. I discuss the potential of Nvidia, Splunk, and Roku in this video and why a market breakdown would create a buying opportunity for these revolutionary firms. 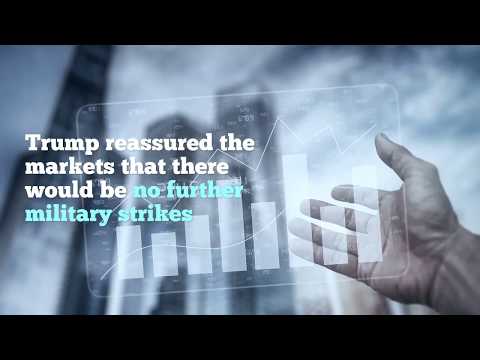