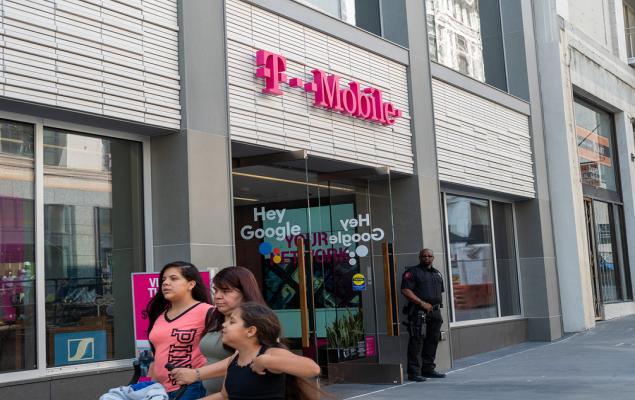 T-Mobile US Inc. (TMUS - Free Report) recently offered a preliminary view of its customer growth trajectory for the fourth quarter and full-year 2019 to showcase the inherent strength of its resilient business model amid a competitive and cut-throat business environment.

For fourth-quarter 2019, T-Mobile recorded an impressive 1.9 million net customer additions, representing the 27th consecutive quarter in which more than 1 million customer additions were witnessed. The company ended the year with a total customer base of 86 million with branded postpaid phone churn of 1.01%. While branded post-paid net additions for the quarter were 1.3 million, the same for branded pre-paid aggregated 77,000. The healthy customer growth is likely to boost investor confidence as it braces for merger with Sprint Corporation (S - Free Report) in the near future.

For full-year 2019, T-Mobile recorded 7 million net customer additions, including 4.5 million branded postpaid net additions. Much of these improved customer metrics were attributable to a wide array of convenient Un-carrier tariff plans and related customer service. In addition, seamless connectivity, extensive coverage and 5G network have accelerated the growth in customer base.

Notably, T-Mobile has received clearance from Department of Justice and FCC for its merger with Sprint. The combination of the two networks would help fill coverage gaps and provide enhanced 5G connectivity, leading the company to build new 5G infrastructure. The merged entity would roll out 5G technology to 97% Americans, including 85% of rural locales. The company is also offering two 5G-enabled smartphones — OnePlus 7T Pro 5G McLaren and Samsung Galaxy S10 5G — at no extra cost. Further, the network will be accessible to T-Mobile’s prepaid wireless carrier brand, Metro, marking the first prepaid 5G offering in the country. The company plans to introduce 15 new 5G-compatible phones in 2020 to spur innovation and deliver transformational 5G future.

The stock has gained 16.6% in the past year compared with 13.6% growth for the industry.

Cogent Communications has a long-term earnings growth expectation of 8%. It delivered an average positive earnings surprise of 7.2% in the trailing four quarters, beating estimates twice.

Verizon has a long-term earnings growth expectation of 3.2%. It delivered an average positive earnings surprise of 2.2% in the trailing four quarters, beating estimates on each occasion.