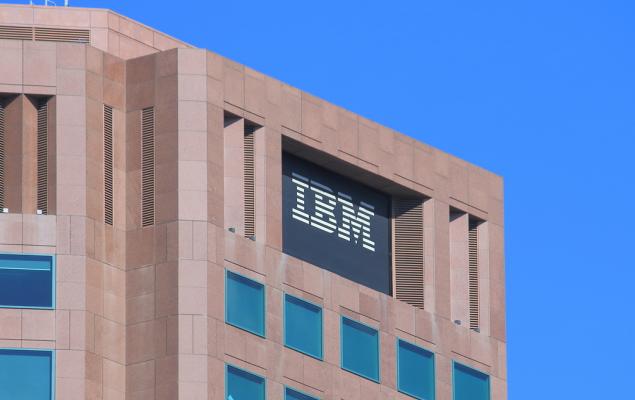 International Business Machines Corporation (IBM - Free Report) announced a multiyear collaboration with Delta Air Lines for exploring potentials of quantum computing. The announcement was made at the ongoing 2020 International CES.

Consequently, Delta Air Lines will become a part of the IBM Q Network, the first airline player to become a part of this cluster. The partnership aims at delivering transformational experiences for airline customers and employees along with addressing challenges pertaining to airline travelling.

Moreover, the partnership with IBM is part of Delta Air Lines’ effort to leverage on technological advancements to boost customer service potentials and reduce passenger stress.

Delta Air Lines will be joining a fleet of more than 100 companies, who form the components of the IBM Q Network. This remarkable strength itself speaks volumes regarding IBM’s supremacy in the quantum computing arena.

The companies are also able to make use of open source Qiskit software and developer tools. They also gain from access to the cloud-based IBM Quantum Computation Center, which now includes 15 of the most-advanced quantum computers commercially available. These advanced computer systems explore practical applications for business and science, including the 53-qubit system.

Recently, IBM announced plans to install the first two IBM Q System One commercial universal quantum computers outside the United States — one with Fraunhofer-Gesellschaft, Germany, and another with The University of Tokyo.

The global quantum computing market is gaining momentum on the back of growing need for model capability boost and simulation of complex data.

Per a report from MarketsandMarkets, this particular market is expected to reach $283 million by 2024, at a CAGR of 24.9%.

With these latest quantum computing initiatives, the company aims to enable enterprises to accelerate financial modeling processes and address technical problems in real time. According to Forbes, IBM has been successful at doubling its Quantum Volume every year since 2017.

Nonetheless, IBM’s endeavors in the rapidly growing quantum computing space and its strategic initiatives are expected to boost financial performance in the upcoming days.

Scotts Miracle-Gro (SMG) Shares Up 56% in A Year: Here's Why