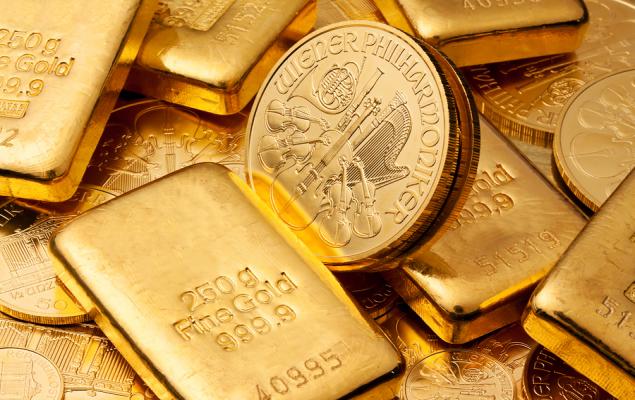 Annual gold production from the Fekola Mine, Masbate Mine and Otjikoto Mine exceeded the upper end of the respective guided ranges.

In the fourth quarter of 2019, the company’s consolidated gold production was 234,416 ounces. Consolidated gold revenues were $314 million on sales volume of 211,800 ounces.

The expansion project at Fekola Mine is likely to enhance the mine’s processing throughput to 7.5 million tonnes per annum (Mtpa) from the base rate of 6 Mtpa. This expansion will likely conclude by third-quarter 2020. Also, the mine is projected to produce between 590,000 and 620,000 ounces of gold this year. The company announced that a new large-scale off-grid Fekola solar plant project is scheduled for completion in August. The project is estimated to slash Fekola's processing costs by approximately 7%. Moreover, B2Gold plans to complete feasibility study for the Gramalote Gold Project JV by the end of December this year.

For the current year, B2Gold expects to generate cashflows from operating activities of around $700 million factoring a gold price of $1,500 per ounce. Also, it is committed to repay outstanding credit facility of $200 million during the year.

The company will continue to focus on maximizing profitable production from its mines, expansion of the Fekola Mine throughput, and exploration and development of the existing projects while reducing debt levels. The company has set an exploration budget of $51 million for the current year.

So far this year, gold prices gained 2.1% following a 19% gain in 2019. Uncertainty in the U.S-Sino trade front, geopolitical concerns between the United States and the Middle East, the Brexit turbulence, slowdown in manufacturing activity, bleak global economic outlook and rate cuts collectively compelled investors to seek safe-haven investment options like gold in 2019.  These factors are contributing to the rally in B2Gold’s share-price performance.

In the past year, shares of B2Gold have appreciated 46.9%, outperforming the industry’s gain of 30.2%. 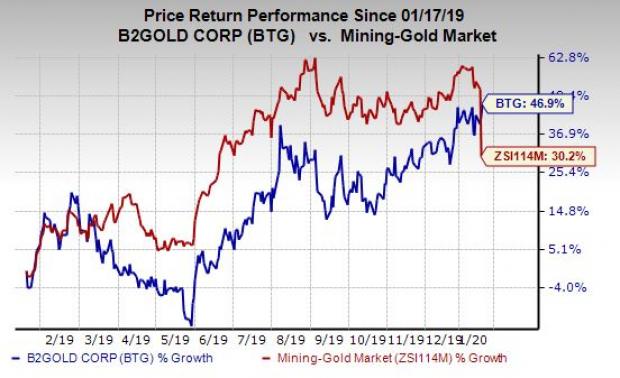 Osisko Gold has projected earnings growth rate of 15.96% for the current year. The company’s shares have gained 5.8% over the past year.

Pretium Resources has an estimated earnings growth rate of a whopping 107% for the ongoing year. Its shares have appreciated 58.7% in a year’s time.

Royal Gold has an estimated expected earnings growth rate of 83.4% for fiscal 2020. The company’s shares have rallied 38.4% over the past year.

Focus on AMZN, WMT & More in India Despite Regulatory Woes