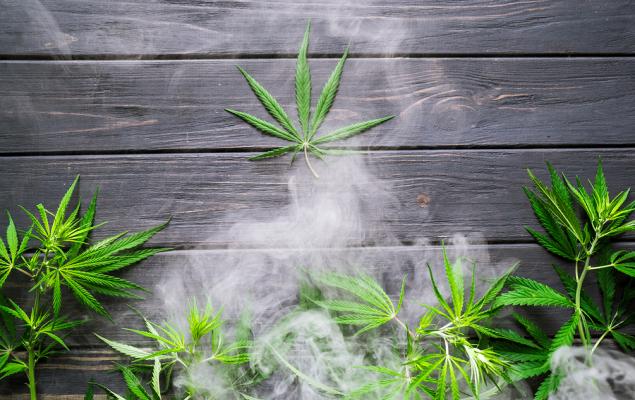 Cannabis ETFs Are Soaring in 2020: Will the Trend Continue?

Cannabis stocks were beaten down badly last year with most of them losing more than half of their value. A slew of disappointing earnings, and a U.S. Food and Drug Administration warning that cannabidiol can cause liver injury and other damage took the sheen away from the industry.

However, the trend seems to be reversing this year with a greater legislative push to legalize recreational marijuana. The latest report shows that up to a dozen states could legalize adult-use or medical marijuana in 2020 through their legislatures or ballot measures (read: What's Ahead for Marijuana ETFs After a Dismal Show in 2019?).

In particular, New York Governor Andrew Cuomo pledged to legalize recreational cannabis in the state that could generate hundreds of millions of dollars in revenues. The governor projects that legalizing marijuana will bring in $300 million annually in tax revenues. If Cuomo’s efforts are successful, New York would be the 13th state to legalize recreational pot. Currently, recreational marijuana is legal in 12 states, including Illinois. Projections from BDS Analytics show that New York could grow to a $1.6 billion cannabis market by 2024.

Additionally, Illinois legalization effective this year has made a bumper as shoppers spent nearly $20 million on recreational marijuana in the first 12 days of legalization, including nearly $13 million in the first week. Further, the expansion of pot retail infrastructure in Ontario is fueling optimism. The Canadian province of Ontario will open more retail cannabis stores with plans to add about 20 outlets each month, starting April. By the year-end, the number could reach to 250 stores.

Cannabis 2.0 — the next wave in the rollout of legal marijuana products in Canada — which kicked off last month, will act as the biggest catalyst for the industry. These are high-margin products including vapes, edibles (like chocolates, cookies and gummies), and infused beverages like juices and beer. These new products are the liekly game changers for the marijuana space and will also change the landscape of the market in Canada. Notably, the cannabis 2.0 products market is estimated to be worth $2.5 billion annually, according to consulting firm Deloitte Canada.

Against such a bullish backdrop, marijuana ETFs are surging to start the year and are likely to continue doing so. Investors should consider these products given their attractive valuations. Even with a surge, most of the ETFs are still deep in red from a one-year look, providing a nice entry point (read: S&P 500 Hits New Highs: ETFs Soaring to Start 2020):

This is the first and world’s largest ETF focusing on the global cannabis/marijuana industry. It tracks the Prime Alternative Harvest Index, designed to measure the performance of companies within the cannabis ecosystem, benefiting from global medicinal and recreational cannabis legalization initiatives. The fund holds 37 securities in its basket with Canadian firms making up 54% of the portfolio, while American firms comprise 28%. The ETF has AUM of $764.4 million and trades in a solid volume of around 773,000 shares. It charges 75 basis points in annual fees and has gained 9.5% so far this year.

This ETF seeks to invest in companies across the cannabis industry and tracks the Cannabis Index. It holds 26 stocks in its basket with Canadian firms accounting for 81.7% of assets while United States takes 10.3% share. The product has accumulated $7.7 million in its asset base within four months of debut and trades in average daily volume of 15,000 shares. Expense ratio comes in at 0.50%. POTX has surged 12.6% so far this year.

YOLO is the first actively managed ETF with a dedicated cannabis investment mandate domiciled in the United States. It seeks long-term capital appreciation by investing in both domestic and foreign cannabis equity securities. The fund holds a basket of 38 stocks with Canadian and American firms making up for about 47% each. It has gathered $46.1 million in its asset base since its debut in April. The ETF charges 74 bps in annual fees and trades in average daily volume of 57,000 shares. It is up 6.5% in the same time frame (read: Best & Worst ETF Zones of 2019).

This ETF offers investors exposure to a basket of stocks that are expected to benefit from growth of the hemp and legal marijuana industries. Holding 33 stocks in the basket, Canadian firms make up for 62% share while United States takes around 24% of assets. The fund has amassed about $18 million in AUM and trades in a good volume of about 46,000 shares per day, on average. It charges 70 bps in annual fees and has gained 9.7% so far this year.

With AUM of $4.7 million, CNBS is an actively managed portfolio which allows the ETF to adjust its holdings on a daily basis. It invests in 80% of its assets in securities of companies with 50% or more of their revenues from the cannabis and hemp ecosystem. The fund holds 30 securities and charges 75 bps in annual fees. It trades in average daily volume of 10,000 shares and has added just 0.5% so far this year.

This is also an actively managed ETF that seeks to invest in approximately 20 to 50 of the top companies with exposure to the broad cannabis industry based on Cambria’s determination as to their exposure to the industry. It holds 34 stocks in its basket with Canadian firms making up for 61.7% of total assets while United States taking 27.1% share. The fund has $10.8 million in AUM and average trading volume of 14,000 shares. It charges 42 bps in annual fees and has risen 6.5% in the same time frame.