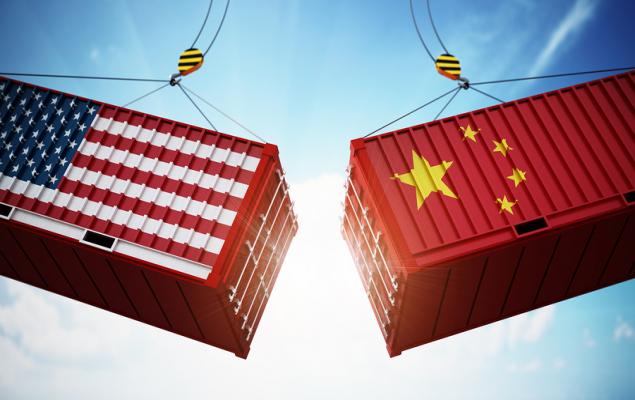 Trade Deal Impacts the Energy Sector: LNG to Gain the Most?

The Sino-U.S. trade dispute, which threatened the global economy for around two years, has come to an end with the much-anticipated Phase-One trade deal on Jan 15. The signing of the deal was the first tangible indication of de-escalation of the trade brawl between the United States and China, the two largest trading countries.

While the Asian giant has agreed to purchase more goods and services from America, Washington has pledged to cut some tariff on Chinese imports. Notably, the U.S. energy sector is poised to gain heavily from this agreement as an export revival is expected. Of the additional $200-billion purchase of U.S. goods over the next two years (keeping 2017 imports as the base level), $52.4 billion will likely come from the energy sector. Per the deal, China will purchase $18.5 billion worth of energy products this year, followed by $33.9 billion imports in 2021. The energy sector stands second only to the manufacturing sector, which will likely witness $77.7 billion of exports.

Effect of the Deal on Energy Products

Among the energy products such as liquefied natural gas (LNG - Free Report) , crude oil, natural gas, petroleum products, LNG is expected to gain the most from the deal. Following the U.S. shale revolution, abundance of natural gas in the domestic market and growing demand for cleaner energy sources globally have led to the development of several LNG terminal projects in the past few years. As such, the Washington-Beijing deal can open up a huge market for the U.S. LNG industry.

While China is set to become the biggest LNG importer by the end of the decade, the United States is likely to be the largest exporter by 2025, ahead of Qatar and Australia. This makes the two countries a perfect fit even though the whole vision is largely dependent on the fate of the existing 25% Chinese LNG tariff. This was levied during the trade war and its future is still uncertain.

The existing LNG export facilities like Cheniere Energy, Inc.’s (LNG - Free Report) Corpus Christi, TX terminal are poised to gain from the renewed opening to the China market. Jack Fusco, chief executive officer of Cheniere was present at the trade deal signing ceremony. He said, “The phase one agreement between the United States and China is a step in the right direction that will hopefully restore the burgeoning U.S. LNG trade with China,”. Other companies like ConocoPhillips (COP - Free Report) with Freeport LNG, Sempra Energy (SRE - Free Report) with Cameron LNG will likely grab a share of this market. Tellurian Inc. (TELL - Free Report) , a newcomer in the LNG game, is also expected to thrive from the recent developments.

Another energy product, ethanol, is considered in the "other agricultural commodities" basket. Notably, the U.S. agricultural products command $32 billion of Chinese imports in two years. The U.S. ethanol producers are currently watching over the movement of the 70% import tariff levied on the products that nearly wiped out Chinese exports. Resumption of ethanol export to China at 2016 levels will likely bring “an addition $500 million against the U.S. trade deficit with China.", per Katie Bays, co-founder of Sandhill Strategy.

China is the largest crude importer in the world with almost 11 million barrels per day imports. Notably, the trade war has eliminated Chinese crude purchases from the United States for six months through November, reflecting an opportunity loss. Still, U.S. crude exports touched a record 4.5 million barrels per day during 2019-end, as shipments to Europe and other regions rose significantly. This was supported by shale boom, Permian in particular, wherein companies like Pioneer Natural Resources Company (PXD - Free Report) , Callon Petroleum Company (CPE - Free Report) and others have significant operations. Both these companies have a Zacks Rank #2 (Buy). You can see the complete list of today’s Zacks #1 Rank (Strong Buy) stocks here.

The 5% tariff on U.S. crude levied by China reduced its economic advantage in the Chinese market. However, with trade tensions de-escalating, crude export to China can rise in the coming days, which makes investors optimistic.

It constitutes a small portion of the energy products basket in the trade deal. China is currently the biggest producer of coal. It bought $128 million of U.S. coal last year through November. Notably, China pledged to buy more U.S. metallurgical coal in the coming two years.

Another product, propane carries a 25% tariff that was levied on Aug 23, 2018. China’s petrochemicals industry is considered as a potential market for the U.S. propane. Imports were estimated at $2 billion in 2018.

The U.S. energy industry has welcomed the de-escalation of the trade war between the two countries, which removed billion dollars of export sales in the last two years. However, the industry heads are taking cautious steps while trying to make a better sense of this temporary trade deal and waiting hopefully for the second phase. With the existing tariffs in place, investors are wondering how China is planning to fulfil their end of the bargain. Nevertheless, China represents a huge opportunity for U.S. energy exports, especially for the natural gas industry.