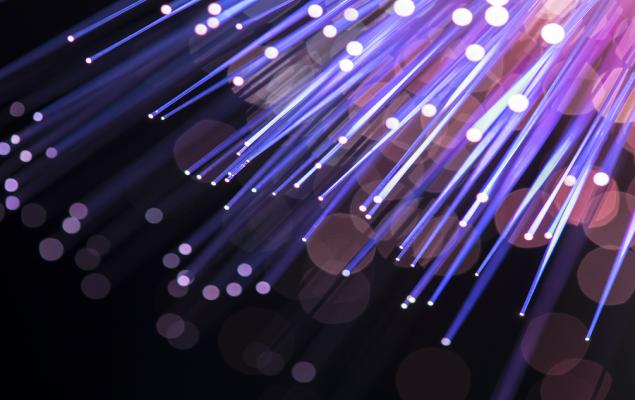 Ciena Corporation (CIEN - Free Report) recently announced that it has offered its WaveLogic technology, WaveLogic 5 Extreme (WL5e), to Telefonica, S.A.’s (TEF - Free Report) global telecommunications infrastructure company — Telxius for deployment in subsea cable. The collaboration is likely to be beneficial for both the companies and strengthen their respective market positions.

The deployment of WL5e took place in the course of a trial wherein Telxius’ BRUSA cable achieved 550 Gbps single-wavelength channel speed. With a data transmission capacity of 138 Tbps, the Telxius-backed submarine cable covers nearly 10,200 kilometers and has landing stations that stretch from Rio de Janeiro, Brazil to Virginia Beach in the United States. Post the incorporation of Ciena’s cutting-edge technology, BRUSA’s transmission capacity surged beyond 160 Tbps.

BRUSA has been named as one of the highest-capacity subsea cable that provides low latency and high-throughput network connectivity between two of the largest economies in the Americas — Brazil and the United States. In addition, Ciena’s GeoMesh Extreme has exhibited its effectiveness in the trial by proactively addressing network faults via intelligent mesh protection coupled with software intelligence and automation, thereby equipping BRUSA cable systems with enhanced reliability, scalability and optimized network designs.

Ciena is expected to benefit from rising demand for packet-optical transport and switching products, integrated network and service management software. Additionally, it is increasingly investing in the data and optical fiber market in order to cash in on the tremendous growth opportunities offered by rising bandwidth demand from network service providers. The company is also making efforts to expand its Web Scale IT Architecture in the enterprise market by launching products like chipsets, metro architecture and mobile backhaul solutions. Ciena’s strong product portfolio is likely to boost its top-line growth over the long run.

Ciena has long-term earnings growth expectation of 17.3%. The company topped earnings estimates thrice in the trailing four quarters, the positive surprise being 11.7%, on average. 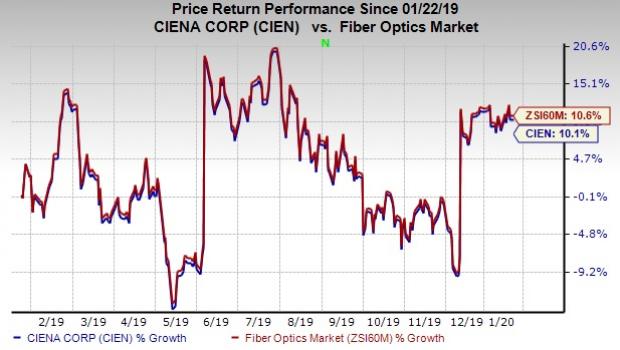 A couple of better-ranked stocks in the broader industry are GoDaddy Inc. (GDDY - Free Report) and Perficient, Inc. (PRFT - Free Report) , both sporting a Zacks Rank #1 (Strong Buy). You can see the complete list of today’s Zacks #1 Rank stocks here.

GoDaddy has a long-term earnings expectation of 15%.

Perficient has a long-term earnings growth expectation of 11.8%.